Shovel Knight is a video game by Yacht Club Games featuring a protagonist wielding a shovel and a classic 8-bit aesthetic. The game follows in the tradition of platformers of yesteryear like Mega Man. Shovel Knight was successfully funded during a Kickstarter crowdfunding campaign last year, and it recently released on Wii U, 3DS, and PC.

You play as the eponymous Shovel Knight, a small knight with a huge quest. Shovel Knight has come to this valley with two goals: to defeat the evil Enchantress and save his lost beloved. He wields a ShovelBlade; a multipurpose weapon whose techniques have now been lost to the ages. Always honest and helpful, Shovel Knight is a shining example of the code of Shovelry: Slash Mercilessly and Dig Tirelessly! 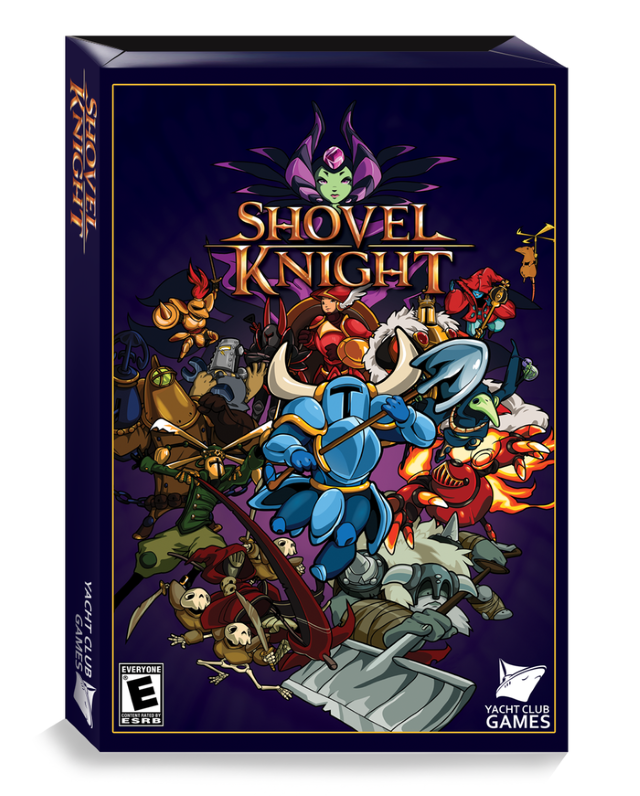 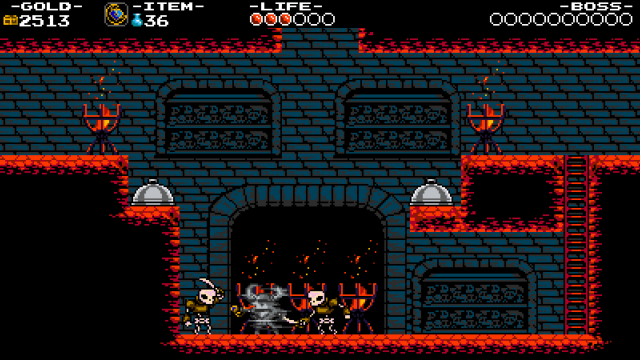 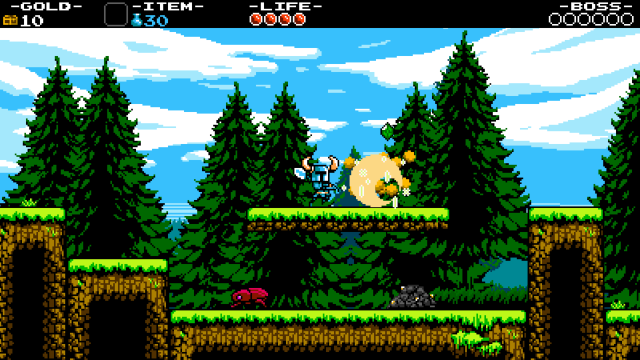 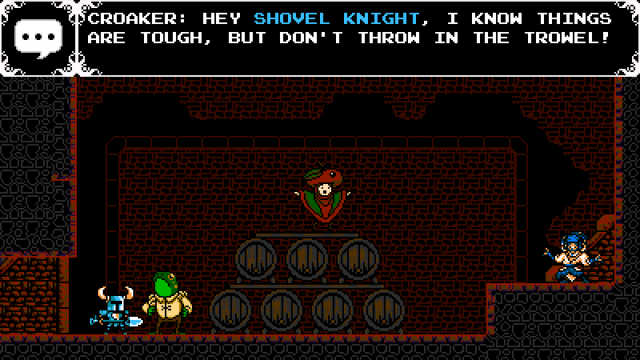