image via Arrested Motion and FRESHNGOOD

Shepard Fairey was asked to participate in a tribute billboard project to show respect and to remember the late Beastie Boy, Adam “MCA” Yauch. Two billboards in Los Angeles, California feature Fairey’s design that include a photo by Glen E. Friedman. 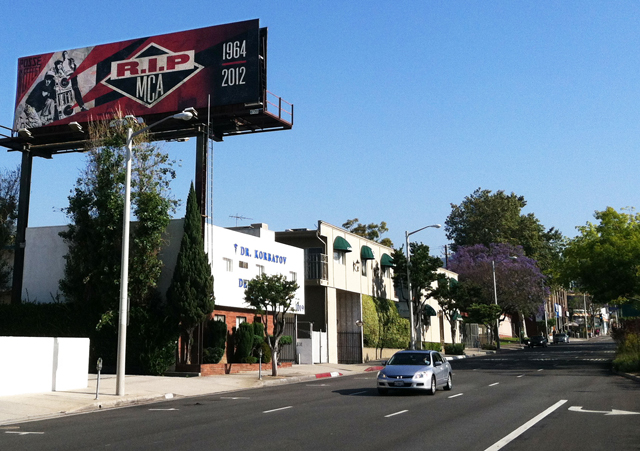 Here is Shepard’s contribution that will be featured on 2 billboards for the next couple of weeks – one is on Sunset at Las Palmas and another on Fairfax just south of Santa Monica Boulevard. Other memorial billboards are also around town featuring the art of KAVES. Enjoy and RIP MCA.