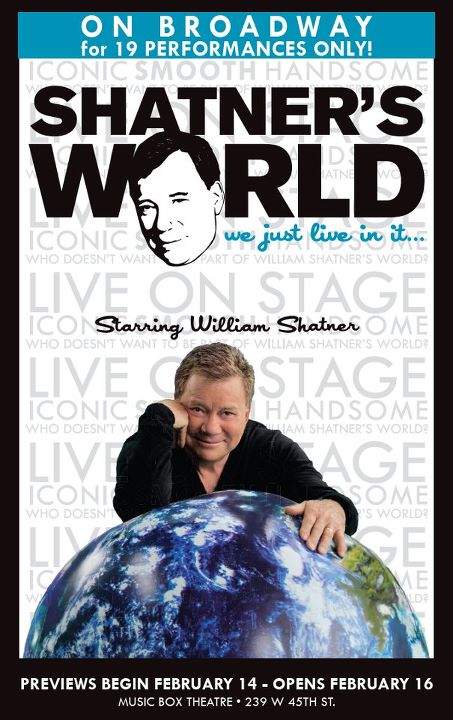 Actor William Shatner will be starring in Shatner’s World: We Just Live In It, his one-man show beginning with two preview shows on Broadway on February 14 and 15, 2012. Opening night is February 16, 2012 and the nearly two-hour long show runs for 19 performances until March 4, 2012 at the Music Box Theatre in New York City. After the Broadway run, Shatner is taking his show on the road to various U.S. cities. Tickets are on sale now.

In SHATNER’S WORLD…a one man force of nature delivers a larger than life performance complete with his laugh-out-loud humor, signature storytelling and select musical selections in his inimitable style.

Through anecdotes, songs, jokes and even some poignant moments, you will experience William Shatner ‘s phenomenal path from classically trained Shakespearean actor to cultural icon, brilliantly creating the larger-than-life and most important character he has ever played, William Shatner.