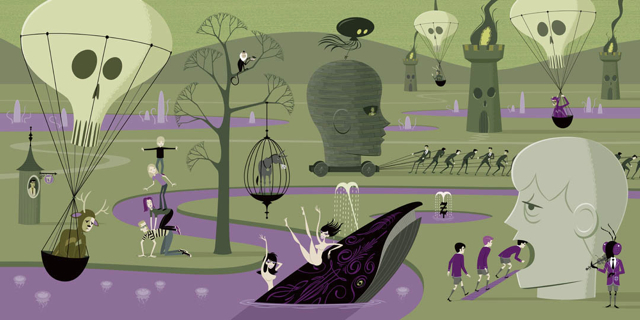 The next exhibition at Jonathan LeVine Gallery in New York City features “Ambergris” by Josh Agle (aka Shag) and “The Rising” by Jean Labourdette (aka Turf One). The show opens on December 11th and runs through January 8th.

Jonathan LeVine Gallery is pleased to present Ambergris, new works by Southern California-based artist Josh Agle (aka Shag) in what will be his third solo exhibition at the gallery. This show will feature over a dozen original acrylic paintings on panel as well as three large-scale giclee editions on canvas. Agle renders his stylized subjects and their luxurious surroundings with details reminiscent of mid-century modern design—painting each figure and form with clean shapes and crisp, fluid line work in vividly saturated colors and sharply defined textural patterns. 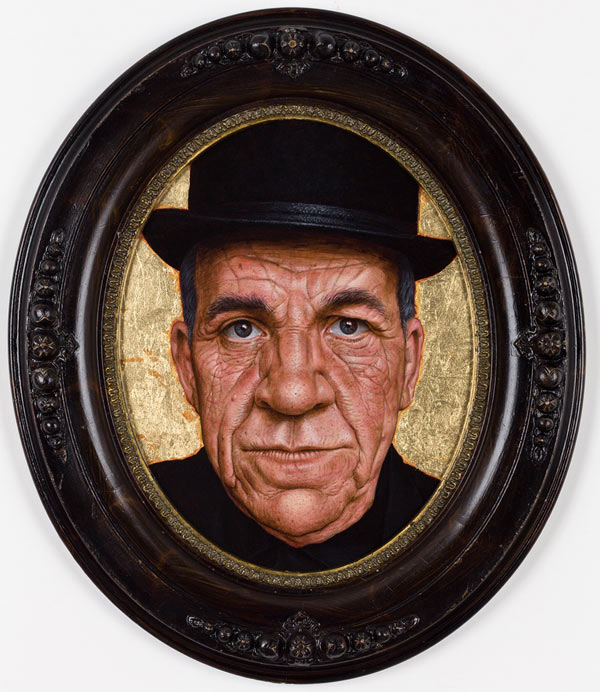 Jonathan LeVine Gallery is pleased to announce The Rising, a series of new works by Parisian-born, Montréal-based artist Jean Labourdette (aka Turf One) in what will be his first solo exhibition at the gallery. On the title of his show, in the artist’s words: “The Rising is the instant when a soul frees itself from a dying body and elevates toward a new state of life, a transition period where death becomes birth.”