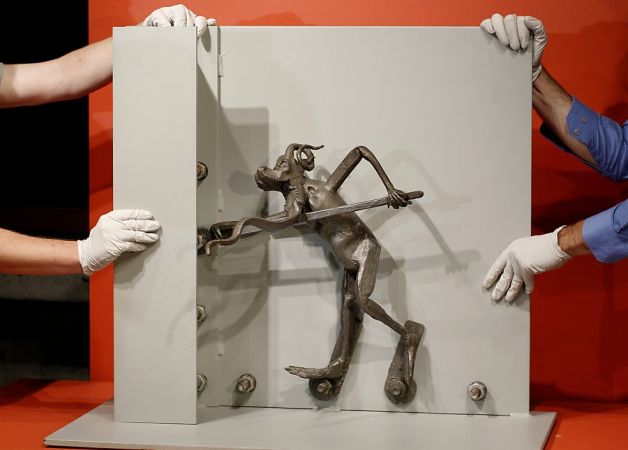 After the San Francisco–Oakland Bay Bridge was damaged in the 1989 Loma Prieta earthquake, repair workers installed a steel mascot and protector on the eastern span of the bridge: the Bay Bridge Troll. Created by artist Bill Roan, for 24 years the unauthorized troll remained mostly hidden on a section of the bridge not visible to motorists. This year the old eastern span was replaced with a shiny new span, and the troll has at last been put on public display at the Oakland Museum of California. While the Bay Bridge Troll will likely be retired, a new troll has been made and will be placed somewhere on the newly opened eastern span, out of sight. For more on the tale of the Bay Bridge Troll, see this San Francisco Chronicle article.