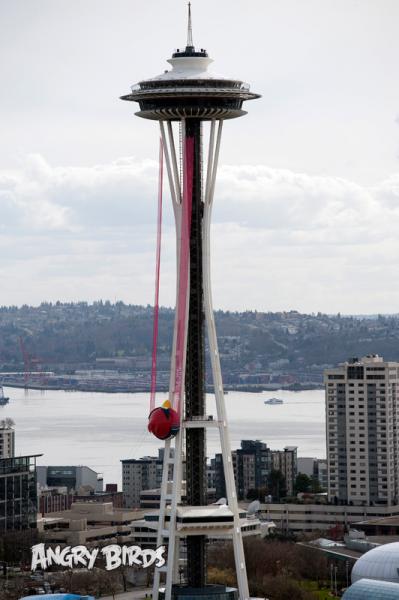 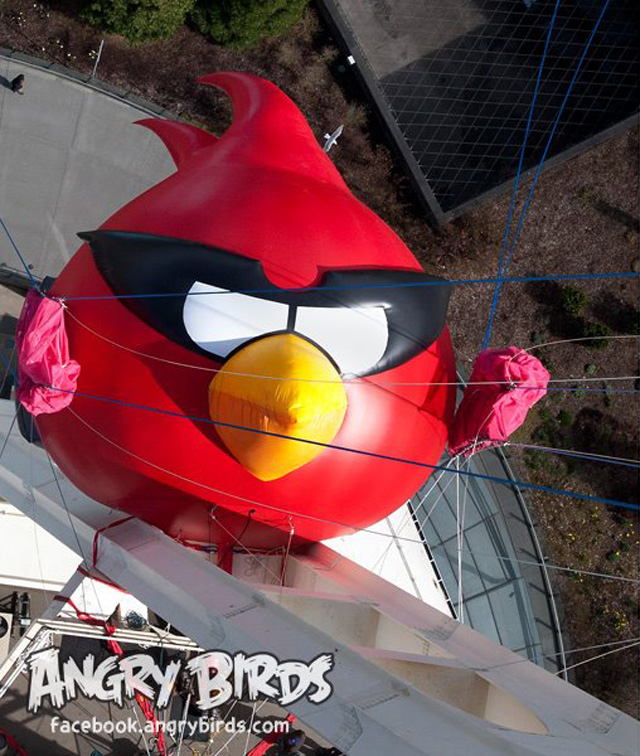 The Space Needle in Seattle, Washington was turned into a giant Angry Birds-themed slingshot recently to promote the release of Rovio Entertainment’s Angry Birds Space game. The big red bird will not actually be launched, it will remain stationary for the duration of the promotion. More information about the Angry Birds slingshot promotion is available at Rovio’s website.

Rovio Entertainment, the Space Needle and T-Mobile USA celebrated the debut of Angry Birds Space by “launching” Red Bird into the great beyond. Events centered around the Space Needle as workers raised a 300-foot long slingshot with a 35-foot tall Red Bird affixed to the 605 foot-tall tower…