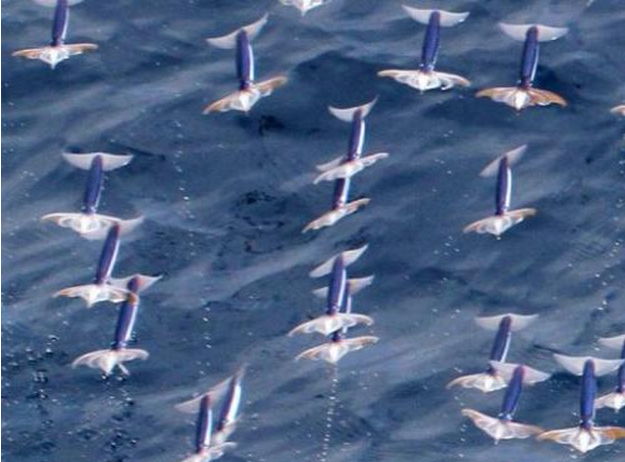 The squid are in the air for about three seconds and travel upwards of 30 metres, said (Jun) Yamamoto, in what he believed was a defence strategy to escape being eaten.

But, he added, being out of the ocean opened a new front, leaving the cephalopods vulnerable to other predators.

“This finding means that we should no longer consider squid as things that live only in the water. It is highly possible that they are also a source of food for sea birds.” 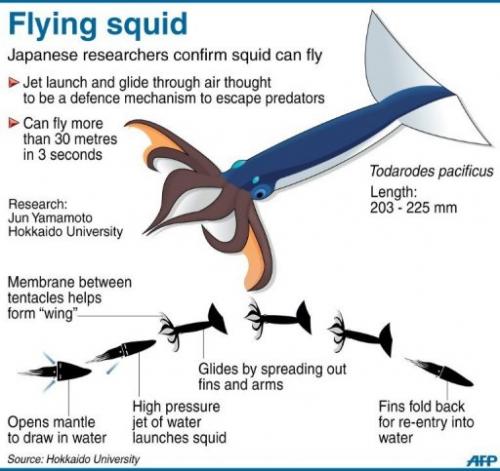