A team of researchers at the Scripps Institution of Oceanography at UC San Diego believe they have uncovered the phenomenon behind the self-propelled “sailing stones” of Death Valley, which appear to move by themselves, leaving behind a trail in the dry river bed. In 2011, the team set up “the most boring experiment ever” to attempt to capture the stones in motion, finally seeing some results in December 2013.

Their observations show that moving the rocks requires a rare combination of events. First, the playa fills with water, which must be deep enough to form floating ice during cold winter nights but shallow enough to expose the rocks. As nighttime temperatures plummet, the pond freezes to form thin sheets of “windowpane” ice, which must be thin enough to move freely but thick enough to maintain strength. 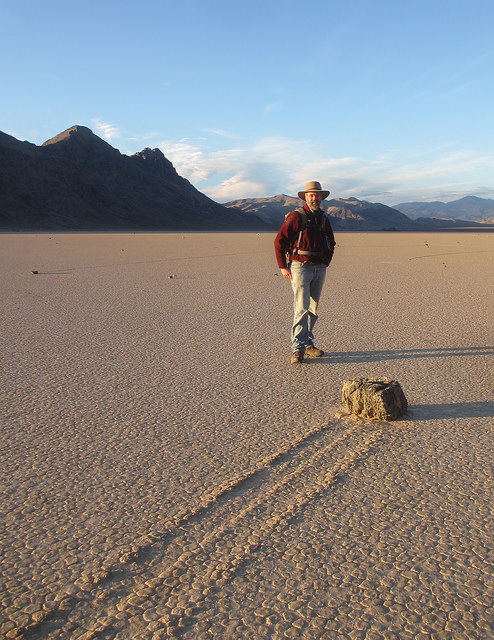 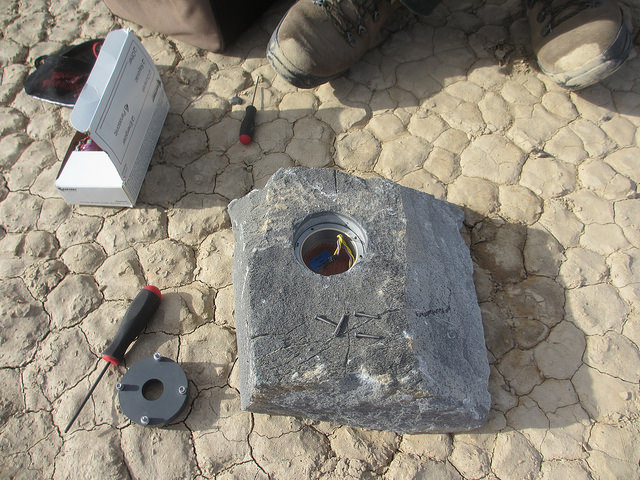 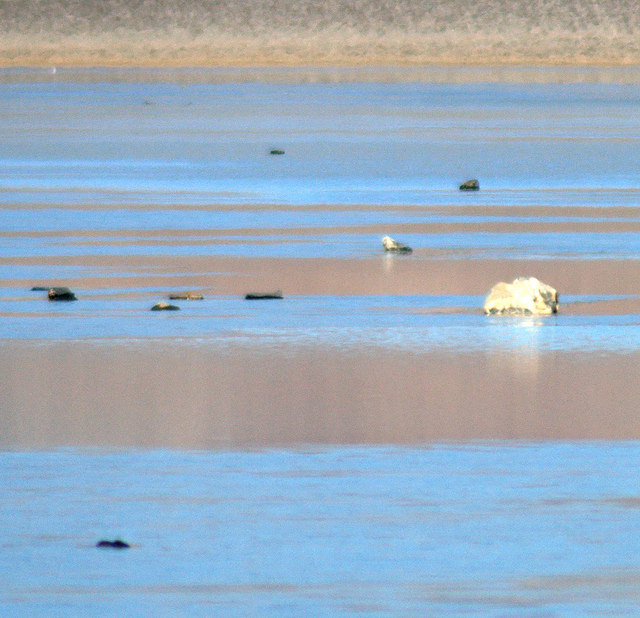 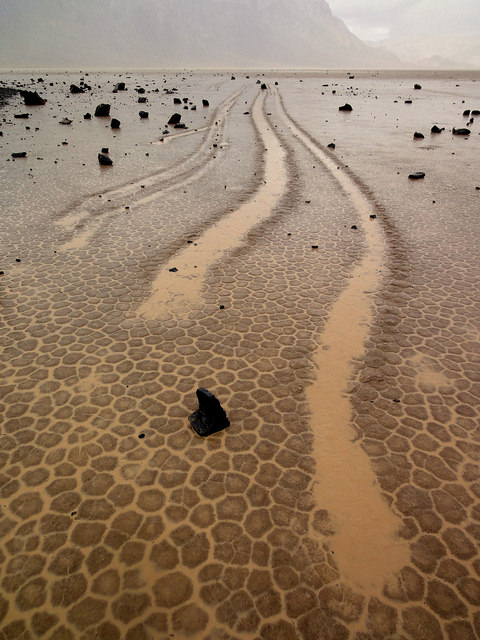