Scientist Leigh Orf and his research team from the Cooperative Institute for Meteorological Satellite Studies (CIMSS) at University of Wisconsin-Madison used a powerful supercomputer to simulate the formation of a powerful supercell that created a series of monstrous tornadoes in 2011 that hit Oklahoma. The team was able to gather valuable data on one particular devastating EF-5 tornado that touched down in in El Reno, Oklahoma on May 24th, 2011.

According to Orf, producing a tornado requires a couple of “non-negotiable” parts, including abundant moisture, instability and wind shear in the atmosphere, and a trigger that moves the air upwards, like a temperature or moisture difference. However, the mere existence of these parts in combination does not mean that a tornado is inevitable.

“In nature, it’s not uncommon for storms to have what we understand to be all the right ingredients for tornadogenesis and then nothing happens,” says Orf. “Storm chasers who track tornadoes are familiar with nature’s unpredictability, and our models have shown to behave similarly.” (read more) 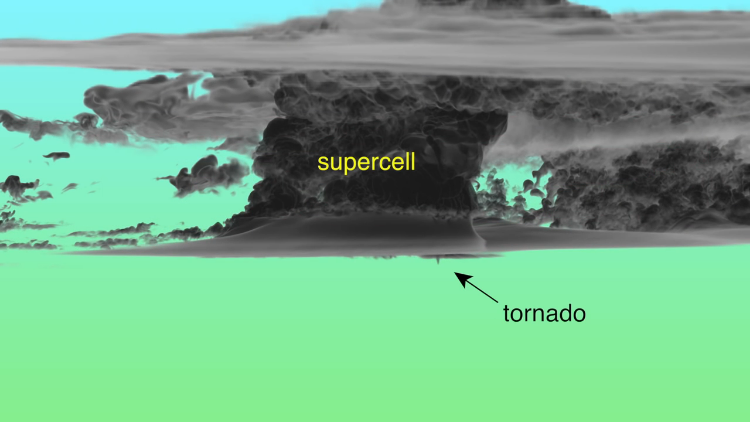 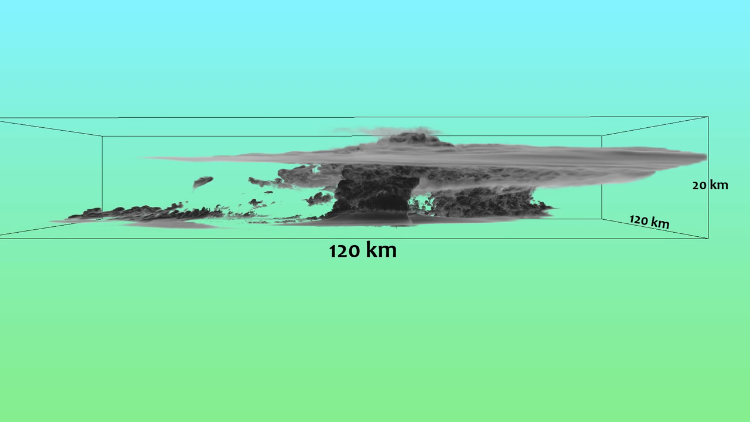 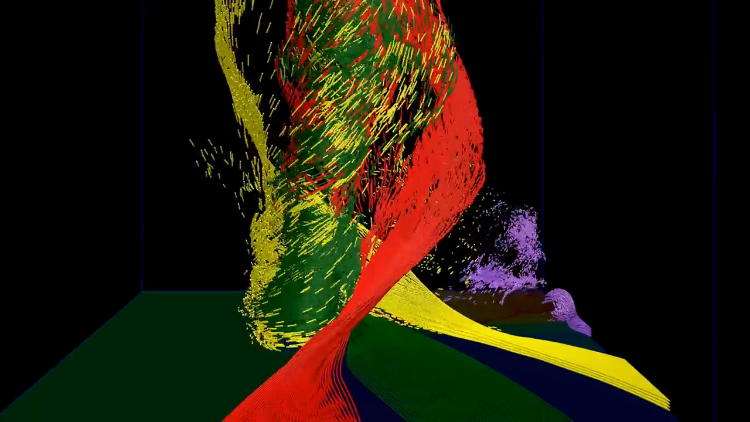 via University of Wisconsin-Madison, Gizmodo