Saving Mr. Banks is an upcoming film by Walt Disney Pictures that follows the dramatic story of how the 1964 musical film Mary Poppins came to be made. It stars Tom Hanks as Walt Disney and Emma Thompson as P.L. Travers, the author of Mary Poppins children’s book series. It will be released in theaters on December 13, 2013 in select cities and in wide release on December 20, 2013 (trailer).

Janelle Tipton of Disney Post described the film in September 2012 when it first started filming:

The 1964 movie musical Mary Poppins may be practically perfect in every way, but the road to making it was anything but. It took Walt Disney 20 years to get the film rights to P.L. Travers’ popular novel, and the demanding author insisted on script and character control.

Some 50 years later, we’re ready to tell the story behind the story of that iconic film. 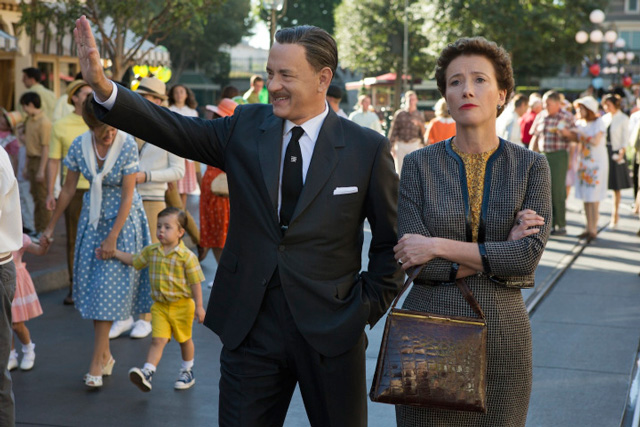 video by movieclipsTRAILERS, photo by Francois Duhamel for Disney via TIME