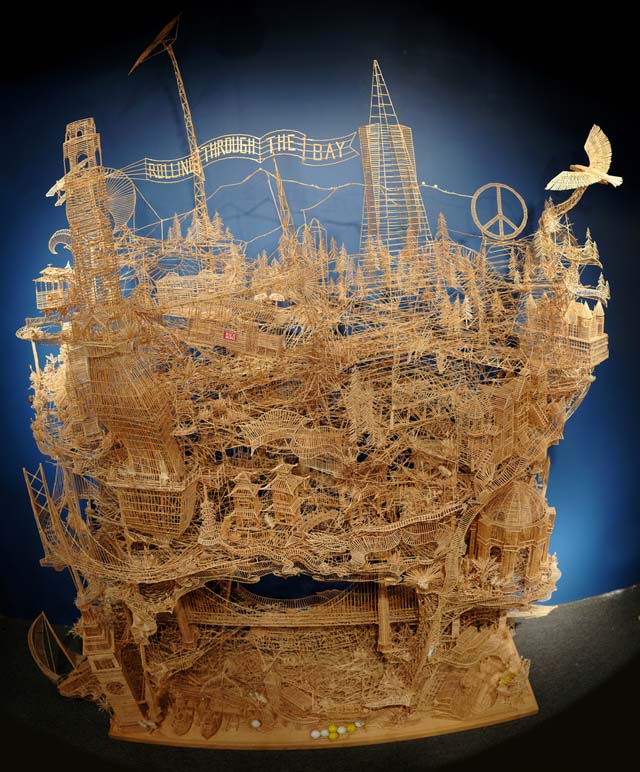 Scott Weaver’s “Rolling Through the Bay” (which we wrote about back in 2008) is a beautifully intricate model of San Francisco made of 100,000 toothpicks. Rather than going for geographic accuracy, Weaver reinterprets San Francisco and its landmarks as a giant labyrinthine sculpture. Ping pong balls can be sent on tours through various tracks hidden within the structure (see the video.) “Rolling Through they Bay,” which has been under construction since 1974, is on display at San Francisco’s Exploratorium museum until May 31, 2011.

photos and video via The Tinkering Studio, The Exploratorium