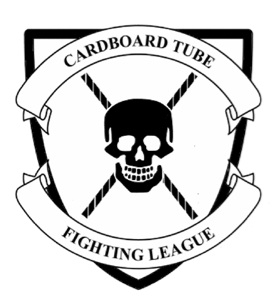 What:
The season of Cardboard Tubes is upon us. On Sunday, May 25, 2008 the first San Francisco CTFL Tournament of the season will be held at Corona Heights Park in San Francisco. Look for prizes that include, but are not limited to, a legendary tube belonging to the most famous Musketeer in history, and that of a well known, and bloodthirsty, pirate. Build your cardboard armor, hone your skills, and prepare for a tournament of epic proportions. Tubes provided!

Why:
The CTFL was created out of a desperate need to better train and arm citizens with cardboard tubes. While many speculate that our fore fathers, when drafting the constitution, originally intended the fourth amendment to refer to fire arms, there is now a small group of non-academics who believe that they were more likely referring to elite militias of card board tube wielding ninjas. While this training often takes place during childhood, it is discarded by adults who remain uneducated about the importance of such practices. The goal of the CTFL is to provide organized cardboard tube based events that help spread cardboard awareness. UPDATE: This event will take place rain or shine.