San Fran-tastic is a new Ben & Jerry’s ice cream flavor as chosen by San Franciscans for the City Churned campaign. The ice cream brand has been going city-to-city asking locals to determine the ingredients of their city’s namesake ice cream (or frozen yogurt) and what this unique concoction will be called. The flavor was announced over the weekend at a community event. SFWeekly describes it as a “caramel ice cream complemented with S.F.-based TCHO chocolate factory and Kika’s Treats, with pieces of gooey marshmallow, crunchy graham cracker, and milk chocolate.” Unfortunately, the new flavor is not available in stores, as it was curiously made for the announcement event only. 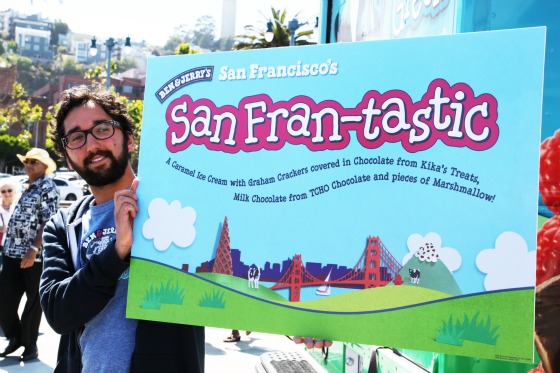 photo by Natalia Aldana via SFWeekly