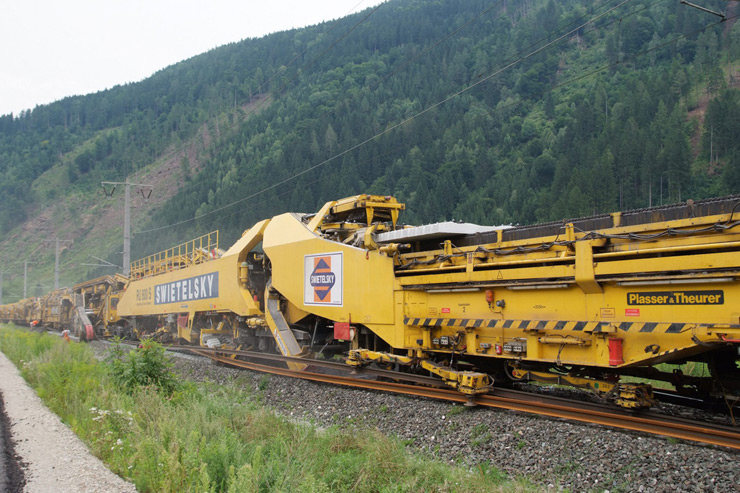 RU 800 S is a truly massive piece of machinery that renews railroad tracks by replacing rails, railway ties, and gravel track beds simultaneously. The machine accomplishes each task on-site in what is essentially a mobile automated assembly line the length of many train cars. Its various functions are depicted in this curiously enthralling video. The RU 800 S is built by Austrian manufacturer Plasser & Theurer. It is not the largest machine of its kind–that distinction belongs to the Plasser & Theurer SVM1000. 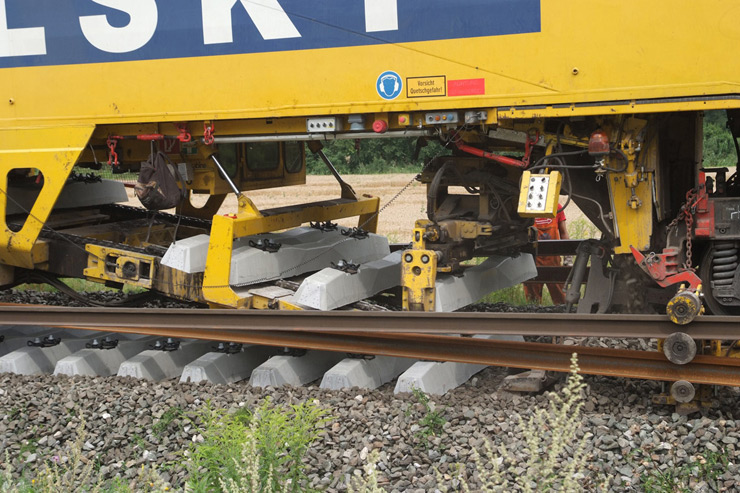 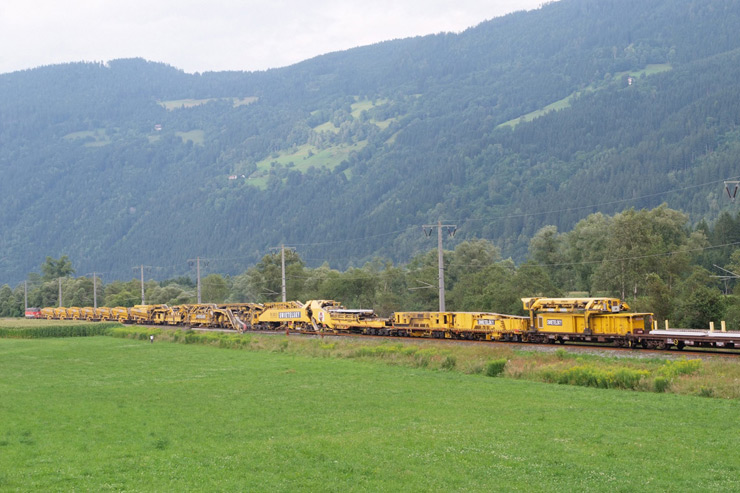