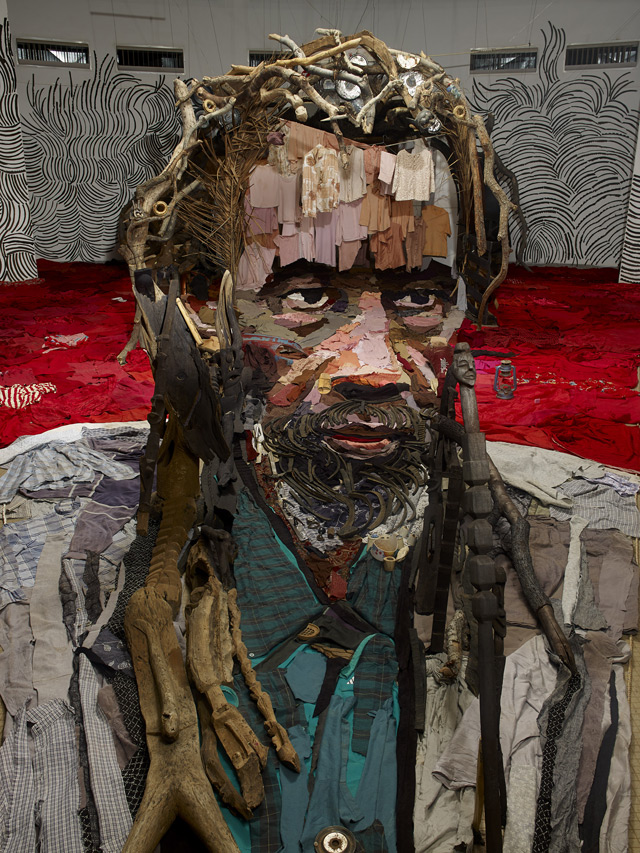 This room-sized portrait of Malian actor Sotigui Kouyaté was made out of found objects by French artist Bernard Pras. The portrait is an example of a perspectival anamorphosis. It appears undistorted from only one vantage point; in actuality, it is on two planes, the horizontal floor and vertical wall. This video depicts the build process for the portrait during its installation back in February at L’Institut Français in Ouagadougou, Burkina Faso. Pras’ work is the subject of a solo show at MazelGalerie in Brussels, Belgium through April 20, 2013. 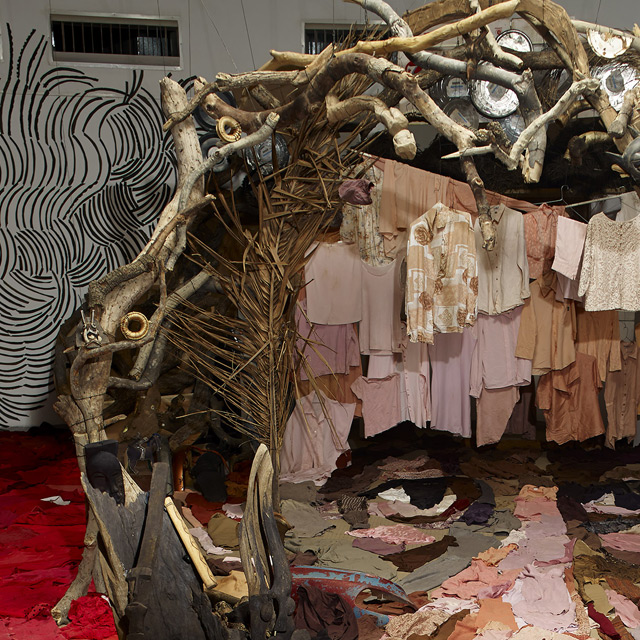