Researchers at MIT’s Computer Science and Artificial Intelligence Laboratory (CSAIL) have created M-Blocks, a set of modular, self-assembling robots. As demonstrated in this video, each M-Block contains a flywheel that can reach speeds of 20,000 revolutions per minute that, when braked, provides momentum for the cube to move, flip, or even jump. Each cube face contains four pairs of magnets that help the M-Blocks line up with one another and connect, and each edge has a pair of rolling-pin-like magnets that come closer and act as anchors when the robots pivot. Next, the researchers hope to build an army of 100 cubes that can be programmed to work together using algorithms rather than manual controls. “We want hundreds of cubes, scattered randomly across the floor, to be able to identify each other, coalesce, and autonomously transform into a chair, or a ladder, or a desk, on demand,” researcher John Romanishin told MIT news. 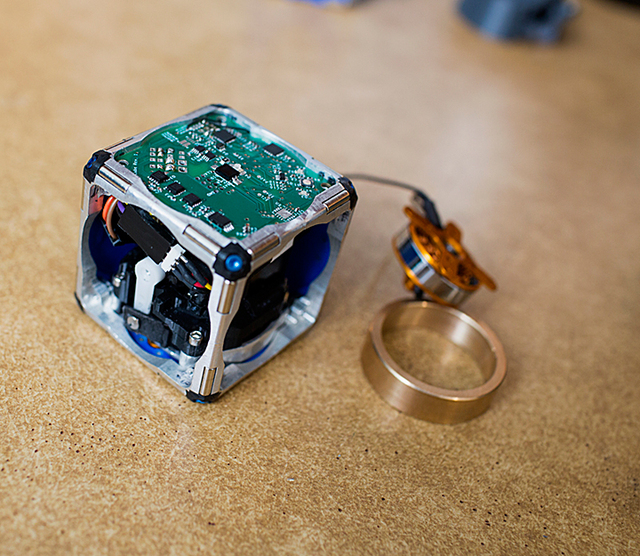 video and image via MIT news