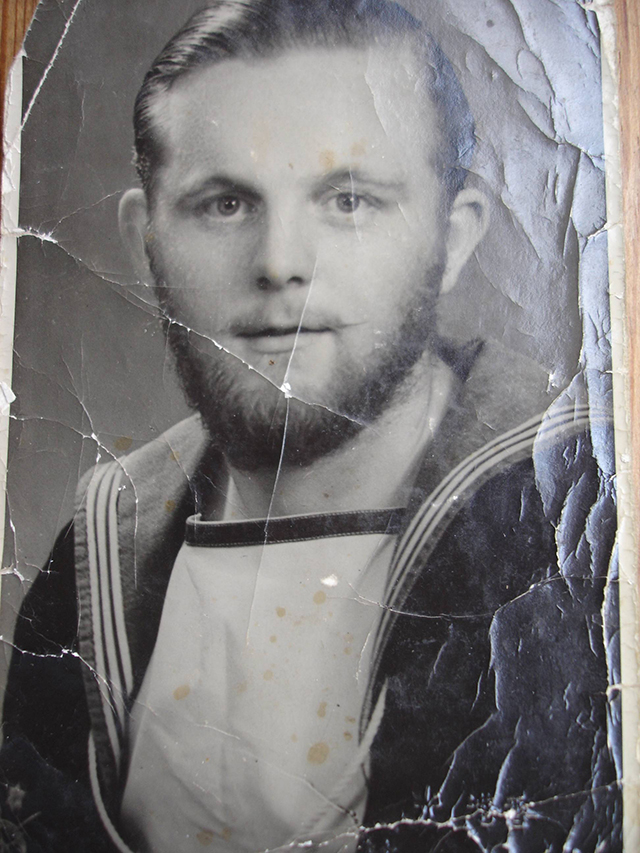 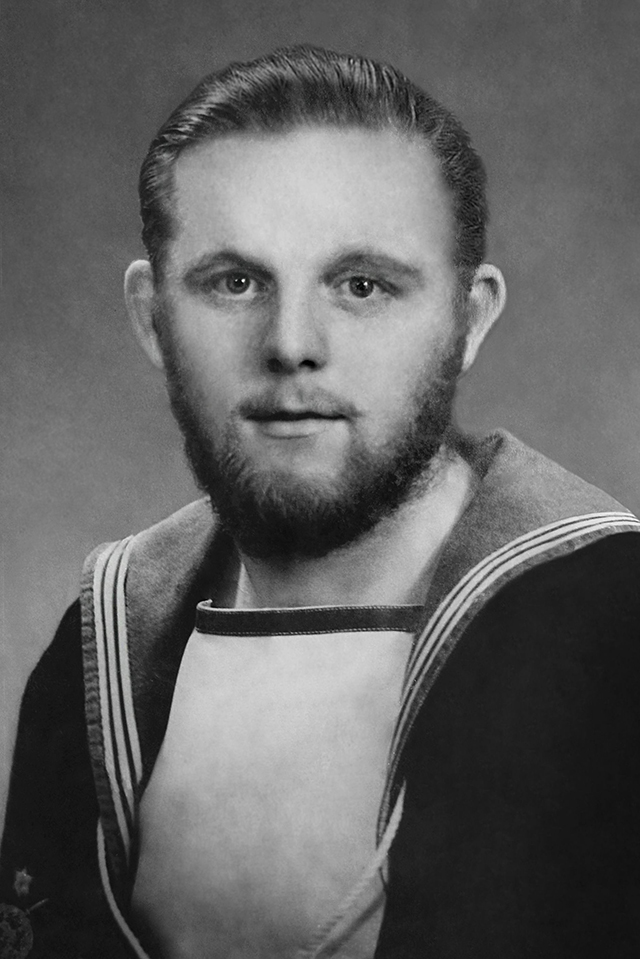 Redditor Steven Withey (aka “stevieboy1984“) acquired a damaged Navy photo of his Grandfather Derek and sought help on reddit to try and get it repaired. Derek is an 87 year-old World War II veteran (he was only 20 years-old in the photo) who served in the Royal Navy. Through many acts of kindness from the post that Steve created on reddit, a user named Dave Humphreys (aka “unhi“) stepped up (among many others) and spent 3 hours of his evening restoring the image to its former glory.

I was blown away by the selfless dedication of the people on that thread. They expected nothing in return, yet spent hours of their day working on the photo, it was truly heart-warming and I was excited to share it with my Grandad, as he had no idea any of this was going on.

Here is a wonderful video from Steve showing his Grandfather’s gracious reaction after seeing, for the first time, all of the restorations made by Dave Humphreys and other kind folks on reddit.

I headed over to his house with my girlfriend to give him the photos. I asked my girlfriend to record him receiving it on my phone. We went in and said hello. The reason I wanted to video it was to show the people that had worked on the image how appreciated their efforts were. He absolutely loved the photos and I uploaded the video to YouTube that afternoon.

images and video via Steven Withey