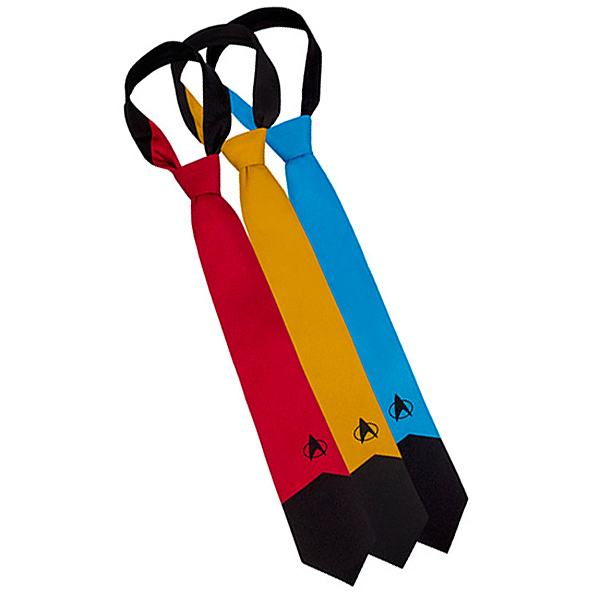 ThinkGeek has released a series of officially licensed red (command and helm), gold (engineering and security), and blue (science and medical) novelty neckties based on the sci-fi television series Star Trek: The Next Generation. They are available to purchase online.

These 100% polyester ST:TNG ties come in three colorways: Command Red, Engineering/Ops Gold, and Sciences Blue. They have a keeper loop on the back to keep your tie looking nice and neat when you lean over to tell Guinan something confidentially over a drink. Now that we think about it, maybe her hats had sound dampening effects. They certainly cut down on the lip reading abilities of those behind her. 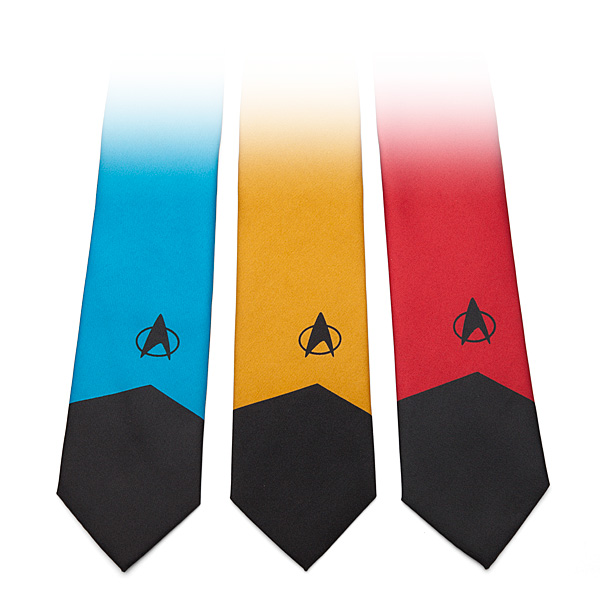 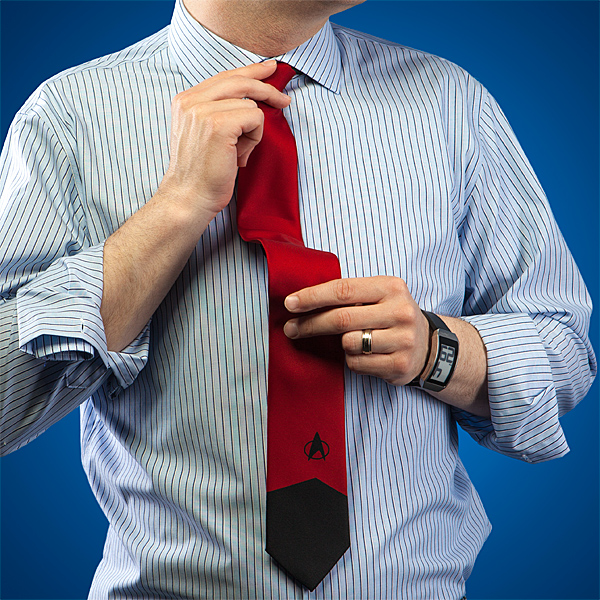 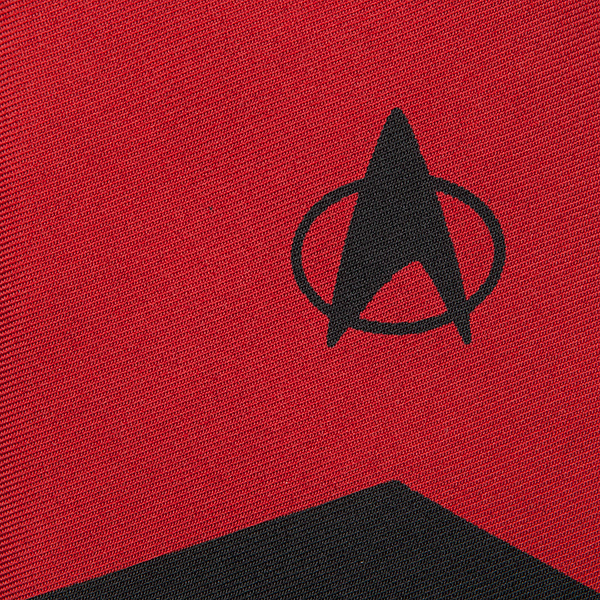 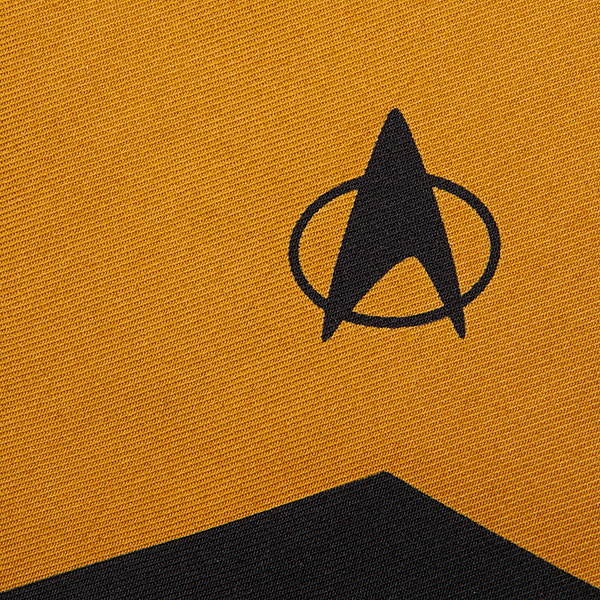 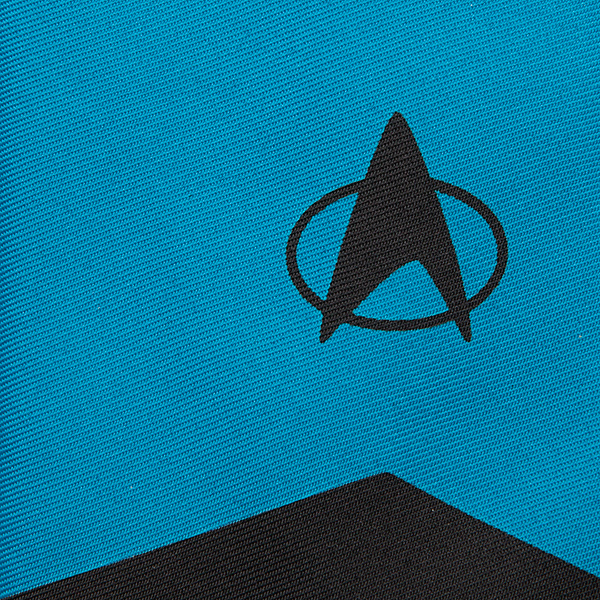