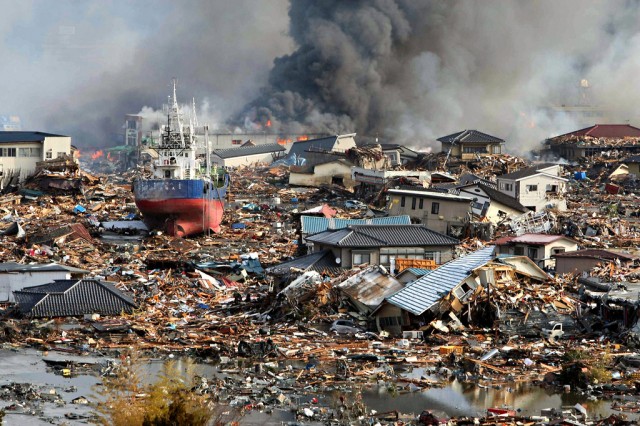 On Friday, a massive earthquake occurred off the coast of Honshu prefecture in Japan. At an estimated 8.9 magnitude, it is the strongest earthquake ever recorded in Japan and the fifth strongest ever recorded on earth. About fifteen minutes after the earthquake, a 10 meter tsunami struck the coast of Japan (flooding Sendai airport as seen in this AP video.) The earthquake rocked Tokyo, 230 miles away, and damaged a number of Japan’s nuclear plants.

The devastation is staggering–even for a country famously well prepared for earthquakes–and the death toll is as yet unknown. There are a number of resources online for updates and ways to help:

– The Lede also has a good list of charities that can direct donations to Japan. You can also donate to the American Red Cross via text message: Text REDCROSS to 90999

– The Wikipedia article on the 2011 Sendai Earthquake and Tsunami is a pretty comprehensive overview of the disaster.

– Google is providing a Person Finder service for those who are trying to locate friends and loved ones.