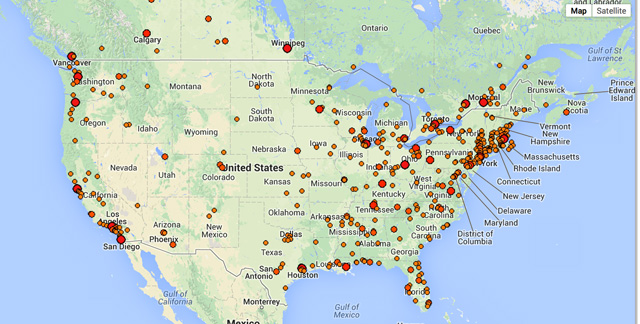 Created by German DJ Marcus Maack, Recordshops.org is a Google Maps-based database of record stores around the world. According to Maack, the site was created in an attempt to help brick and mortar shops survive.

I had the idea for this site back in 2009. Took me a few years to realize it. Hopefully it’s not too late… It’s a one-man-project: This site will definitely not win an award for design, but hopefully it will help some record shops to survive a bit longer.

The list is far from complete, though there are a plenty of entries in there already, including 830 in the US alone. Users are encouraged to add unlisted shops to the map.