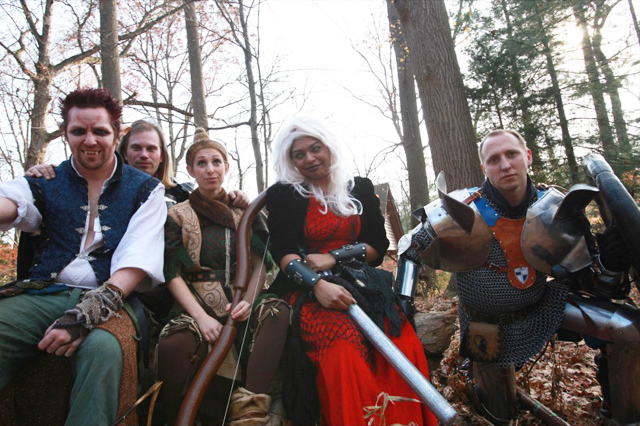 The Realm of LARP gamers

The Nerdist Channel has launched Realm of LARP, an unscripted web reality series that follows real people engaging in live action role playing games (aka LARP). The premiere episode, The Journey Begins, follows costumed gamers as they play their LARP adventure in the forest. It’s like Dungeons & Dragons come to life!

Players gather at a designated spot, usually a campground. The Game Master sets the scene, providing the players with information about the current state and story of the realm. Then the players, having gathered the given information, begin the game- playing out their parts as their designated roles.

image via Realm of LARP