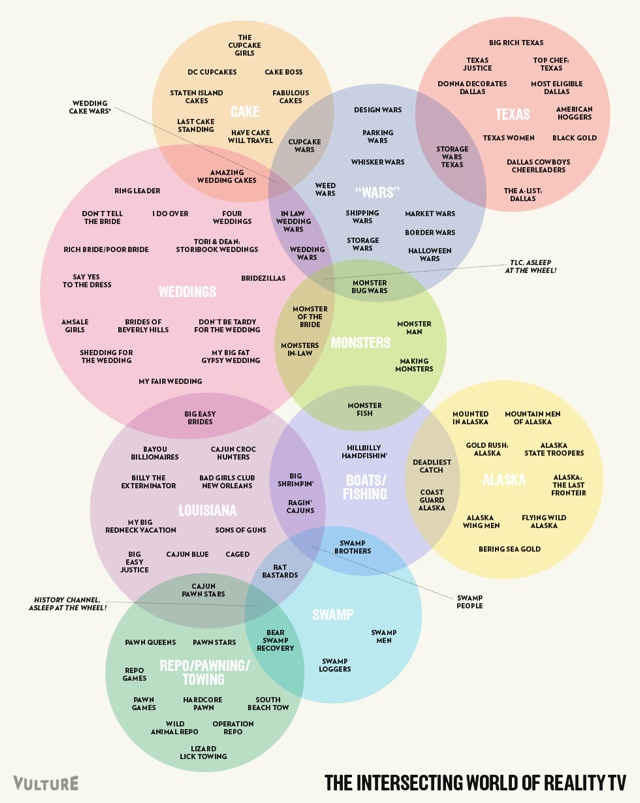 The fine folks at Vulture have taken on the task of creating a venn diagram for Reality Television (larger version).

The following Venn diagram maps the overlapping relationships between reality shows. Included on this chart are only shows that aired in 2011, 2012, or are scheduled for or are in development for this season (and in a few rare instances, there are notes on reality-TV niches not yet filled). The reality-TV universe is even more repetitive and connected than you could have imagined.