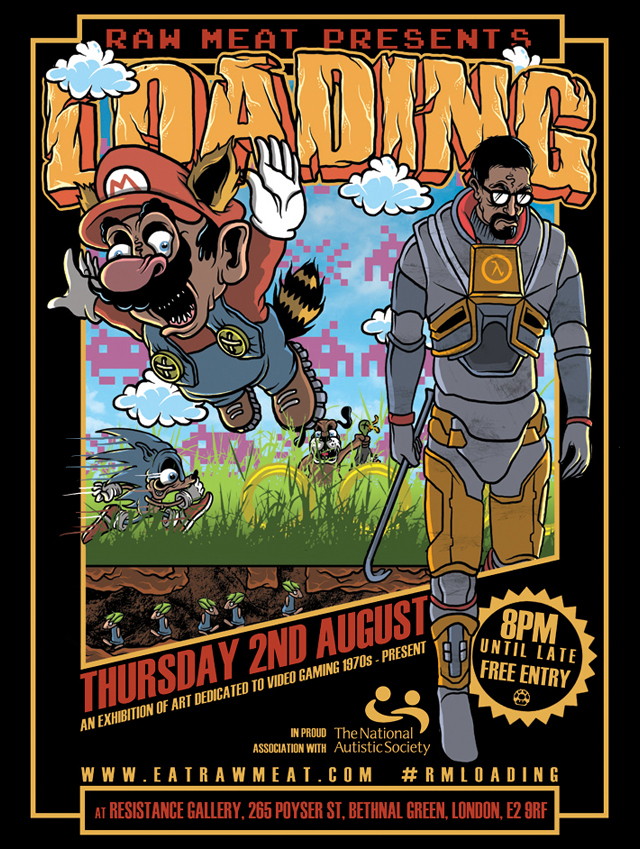 Resistance Gallery in Bethnal Green, London will be hosting the video game inspired ‘Loading’ live art event presented by Raw Meat on Thursday August 2, 2012 starting at 8 PM BST and going until late. With live video game tournaments and cosplay competitions being included in the festivities, it’s sure to be a good time. To help raise money for The National Autistic Society, many of the contributing artists will be auctioning off their artwork during the event.

The Resistance Gallery play host to the next live art event by Raw Meat, Loading. An evening of art dedicated to, and inspired by video games from the 1970s up to the present day.Whether you are watching the live painting by such artists as Mr Gauky or Grindesign, walking around the exhibit viewing over 30 artists work, including Michael Shantz, Godmachine, Doyle Raw Meat, Killer Napkins and more, or simply taking part in one of the gaming tournaments, there is something for everyone. 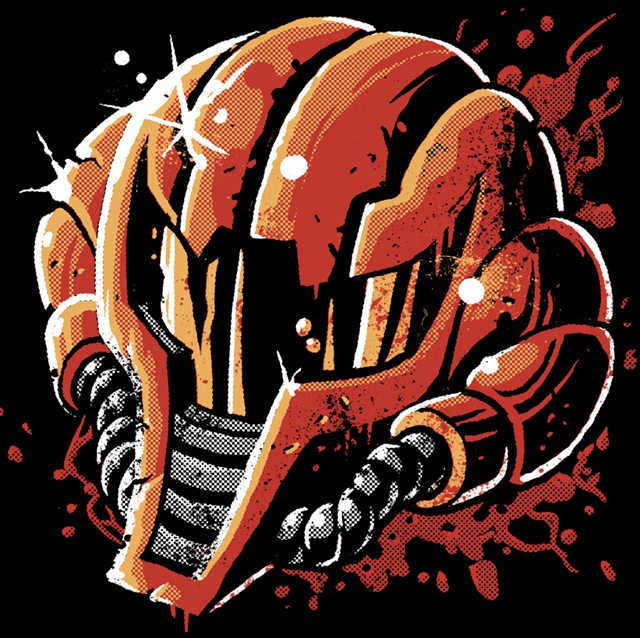 For the ‘Loading’ show, many of the artists involved have kindly donated a head of one of their favorite video game characters. The head is then added to a larger collab print, that will be limited to 20, available on the night of the show. All money raised from the print, will go to The National Autistic Society. 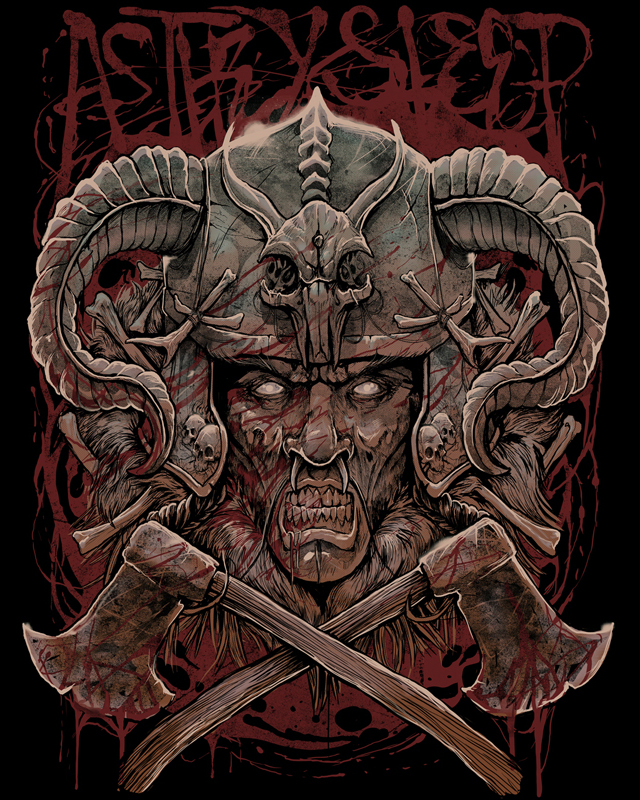 As They Sleep by Grindesign