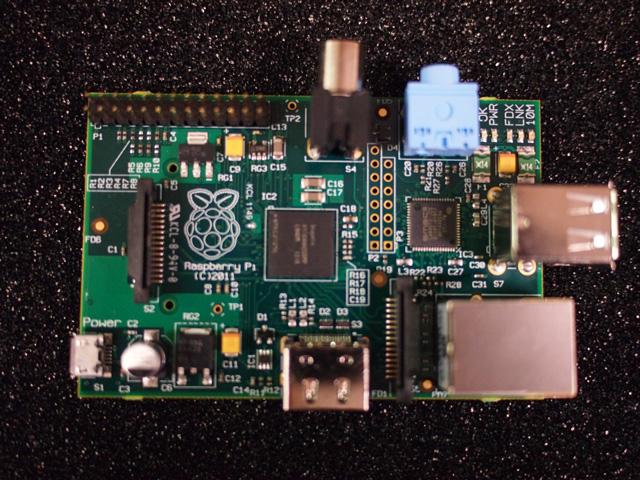 Raspberry Pi is a low cost mini-PC created to get kids interested in programming. This unencased credit card-sized device is made by UK Charity, Raspberry Pi Foundation and costs between $25-$35 each. Later versions of Raspberry Pi will offer a case, documentation and educational software. According to the FAQs, Model A has 256Mb RAM, one USB port and no Ethernet while Model B has 256Mb RAM, 2 USB ports and an Ethernet port. The Foundation has announced that they have over 350,000 pre-orders worldwide. The Raspberry Pi can be purchased through Premier Farnell/Element 14 and RS Components.

We don’t think that the Raspberry Pi is a fix to all of the world’s computing issues; we do believe that we can be a catalyst. We want to see cheap, accessible, programmable computers everywhere; we actively encourage other companies to clone what we’re doing. We want to break the paradigm where without spending hundreds of pounds on a PC, families can’t use the internet. We want owning a truly personal computer to be normal for children. We think that 2012 is going to be a very exciting year.

Thanks to Danielle Engelman for the tip!