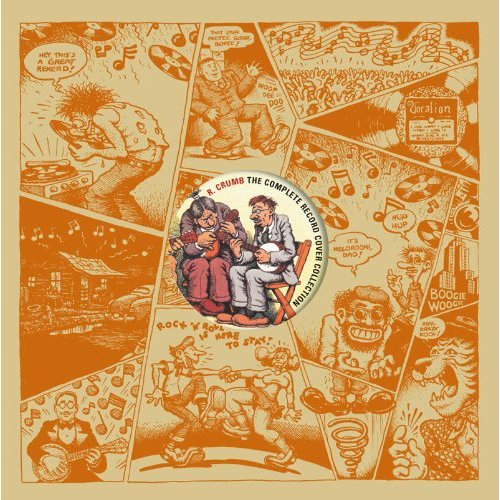 Robert Crumb first began drawing record covers in 1968 when Janis Joplin, a fellow Haight Ashbury denizen, asked him to provide a cover for her album Cheap Thrills. It was an invitation the budding artist couldn’t resist, especially since he had been fascinated with record covers-particularly for the legendary jazz, country, and old-time blues music of the 1920s and 1930s-since he was a teen. This early collaboration proved so successful that Crumb went on to draw hundreds of record covers for both new artists and largely forgotten masters. So remarkable were Crumb’s artistic interpretations of these old 78 rpm singles that the art itself proved influential in their rediscovery in the 1960s and 1970s. Including such classics as Truckin’ My Blues Away, Harmonica Blues, and Please Warm My Weiner, Crumb’s opus also features more recent covers done for CDs.