Prospect is a conceptual sci-fi film short being produced by SHEP Films, a Seattle production company founded by Zeek Earl (Director, DP) and Chris Caldwell (Director, Writer), that tells a coming of age story about a teen girl who is with her father on a toxic foreign planet trying to prospect a valuable resin from rare bugs. After a bandit takes out the girl’s father, she has to grow up quick and sets out to seek vengeance. The short film was inspired by the California Gold Rush and great imaginative films such as Blade Runner and Star Wars. To follow in the creative footsteps of these films, the team behind PROSPECT will be creating custom handmade costumes and props while also building / filming the world for their short in the beautiful Hoh rainforest, located in Washington. SHEP Films is raising funds for PROSPECT on Kickstarter. You can learn more about it in their Kickstarter video.

PROSPECT will be produced by SHEP Films, a production company founded by Zeek and Chris. We are fully crewed and fully equipped to shoot this film, so every dollar donated goes directly into production value. Our goal is to capture a piece of what makes 2001, Blade Runner, and the original Star Wars so awesome: texture. PROSPECT will be real and tactile, building a robust world with custom props and costumes, rather than digital effects. Western films, particularly Sergio Leone’s Spaghetti Westerns, have also been a strong influence in developing the film’s narrative structure and pacing. Ultimately, we see this film as the blending of genres in a way we haven’t quite seen done before. 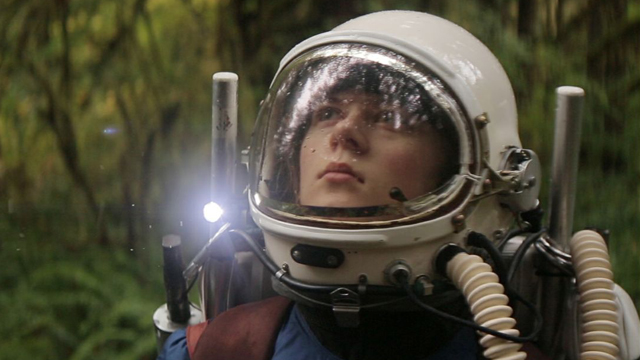