In this video by Roman Atwood, watch as comedian Tom Mabe plays a guard who is watching over an orange-suited prisoner picking up garbage. The punchline: when there’s innocent people watching, Mabe gets on the phone and loudly quits his job, thus leaving the prisoner on his own. It’s worth watching until the end so you can see a guy jump on the ‘prisoner’ to attempt a citizen’s arrest. 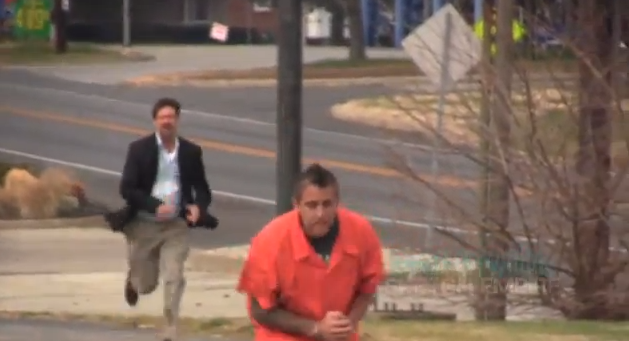