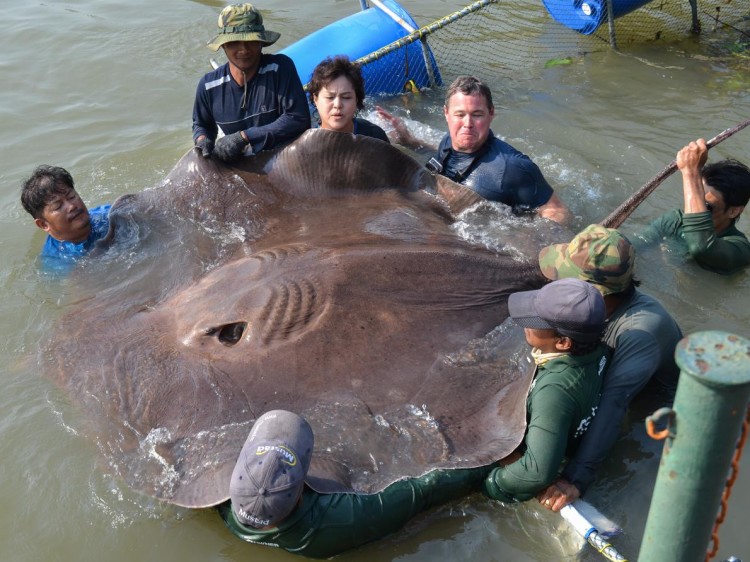 While filming the ABC show Ocean Mysteries, host Jeff Corwin, veterinarian Nantarika Chansue, and their team captured a potentially record-breaking giant stingray weighing an estimated 800lbs in the Mae Klong River in Thailand. The massive, animal which measured nearly eight-feet wide and 14-feet long, was pregnant when caught, which Corwin points to as a good sign for the species.

An exact weight could not be taken without potentially harming the animal, but a tag showed that the same animal was also captured in 2009 when it was merely six-and-a-half feet across.