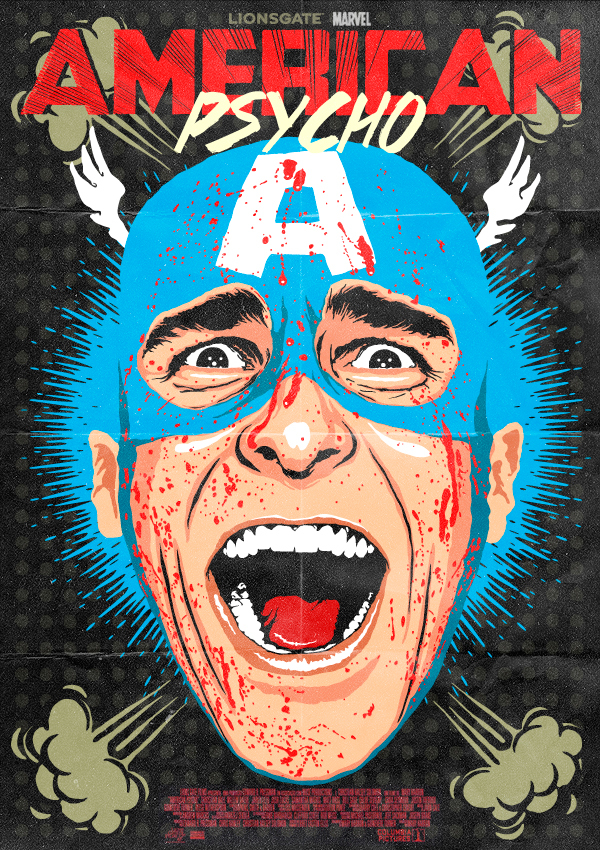 In the American Psychos Bloody Project, Brazilian artist Butcher Billy reimagines a series of pop culture icons with the screaming face of Patrick Bateman (Christian Bale) from the film American Psycho. Bateman takes on the roles of Captain America, Walter White, Bart Simpson, and many others. Prints are available to purchase online from Society6.

‘American Psycho’ is a 2000 cult crime drama featuring a wealthy New York executive who hides his alternate psychopathic ego from his co-workers and friends, as he escalates deeper into his illogical, gratuitous fantasies.

Probably what has always caught my eye was the way Patrick Bateman speaks so passionately about the albums of his favourite bands while he terrorizes his victims – before always so creatively slaughtering them. That alone would be enough to elevate the character into pop culture icon status.

This series dares to slaughter the character of Patrick Bateman in loads of different and bizarre takes, depicting other American Psychos – sometimes making gruesome sense, or no sense at all. 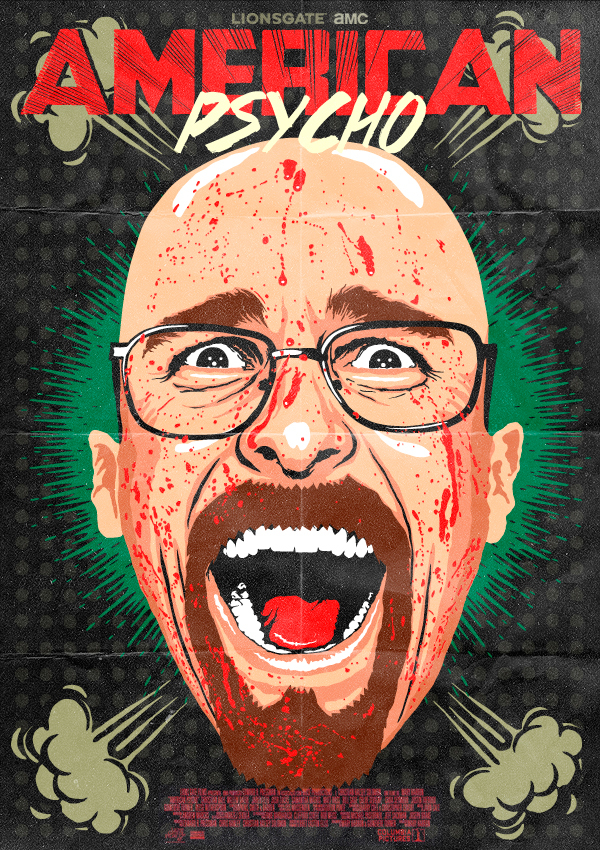 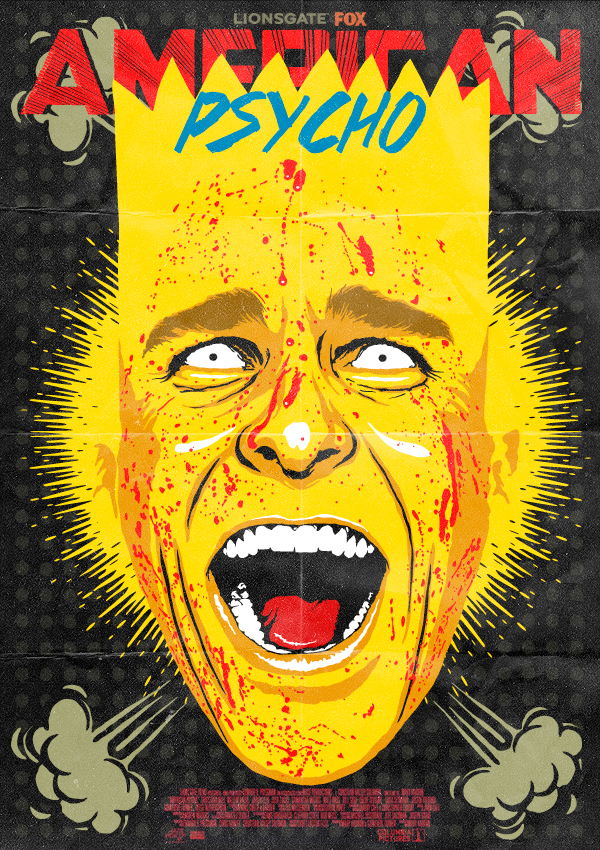 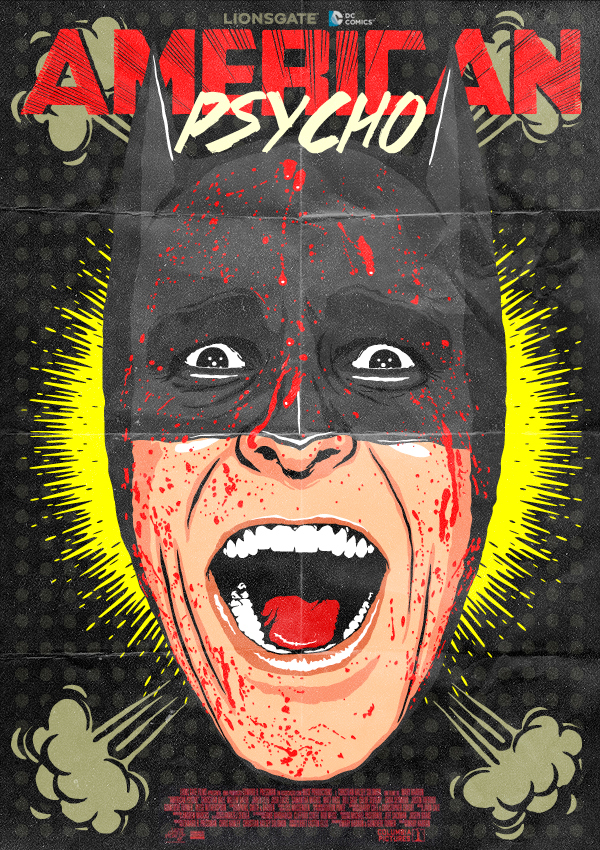 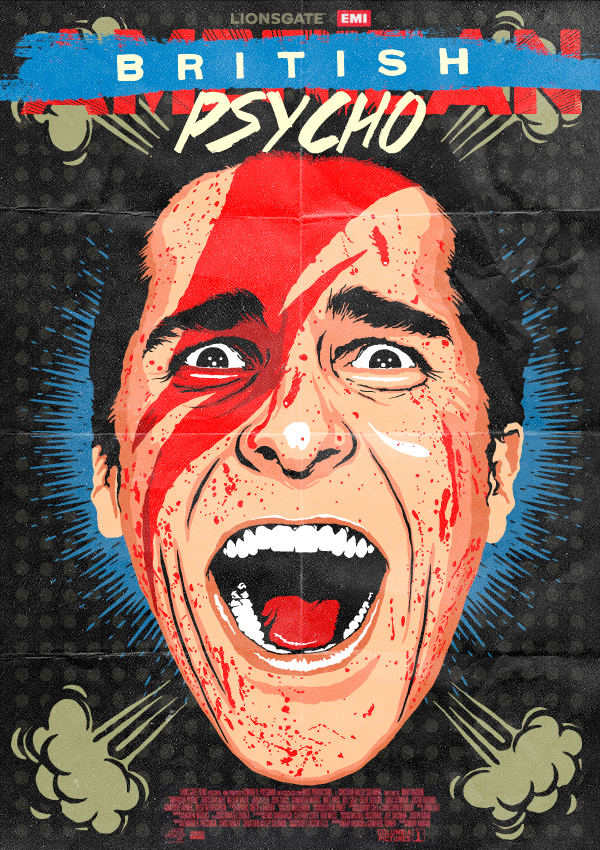 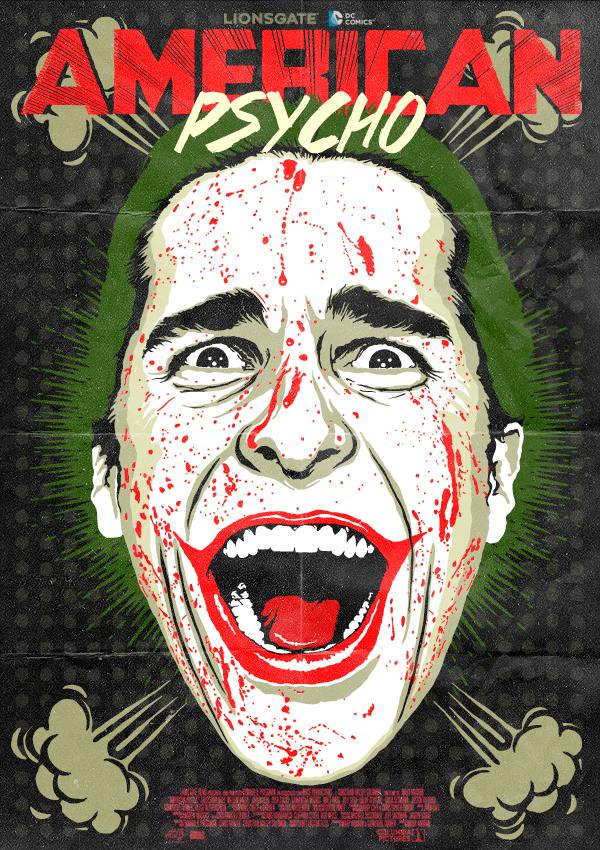