20th Century Fox has released the first official teaser trailer for Poltergeist, a horrifying remake of the 1982 horror film of the same name that will feature more ghosts, a creepy toy clown, and actor Sam Rockwell. The new film is being directed by Gil Kenan and produced by Sam Raimi (Evil Dead series), Roy Lee (The Grudge), and Robert G. Tapert. Sam Rockwell will portray the part of Eric Bowen, with Jared Harris as Carrigan Burke, Rosemarie DeWitt as Amy Bowen, and many more. Poltergeist is scheduled to release in theaters on July 24, 2015.

A young family are visited by ghosts in their home. At first the ghosts appear friendly, moving objects around the house to the amusement of everyone, then they turn nasty and start to terrorise the family before they “kidnap” the youngest daughter. A remake of the 80’s horror movie, now they are back for another haunting! 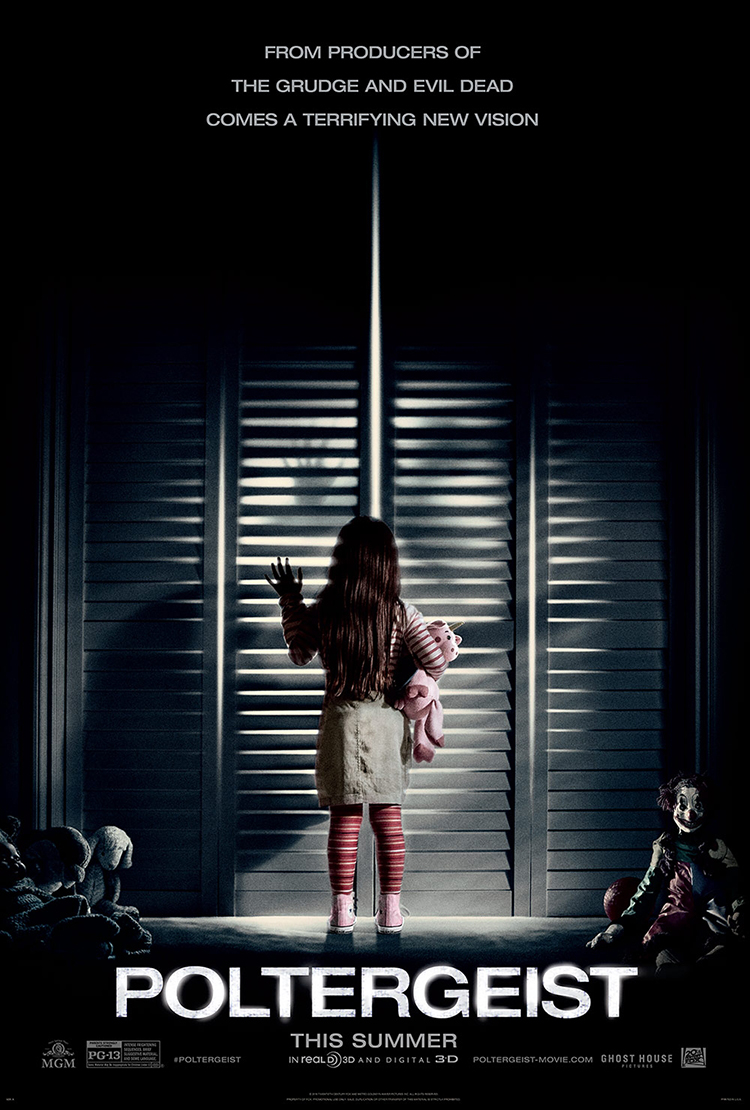