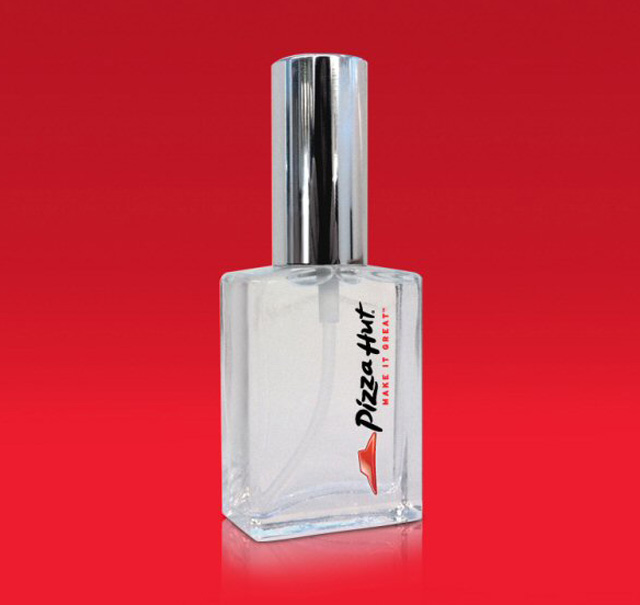 According to a Marketwire press release, restaurant chain Pizza Hut Canada has created a very limited-edition Pizza Hut Perfume, a fragrance that smells like “freshly baked, hand-tossed dough.” Only 110 bottles of this unique fragrance were created and they were given to fans of the Pizza Hut Canada Facebook page who shared “their desire for Pizza Hut perfume” in a September 2012 promotion.

When we say “Limited Edition Perfume” we mean LIMITED! The first run is entirely gone. Stay tuned though! #PizzaHutPerfume