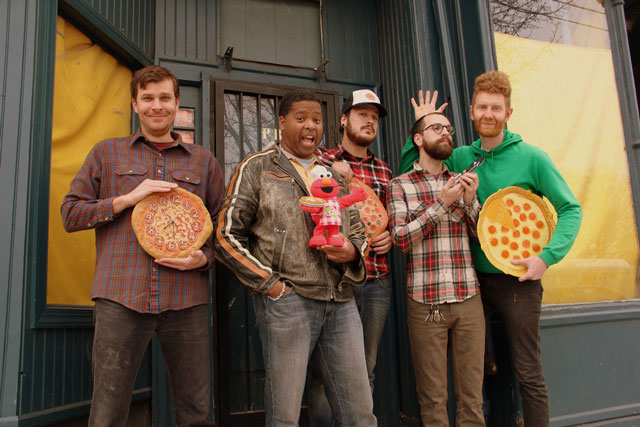 Philadelphia resident and pizza-lover Brian Dwyer holds the Guinness World Record for the Largest Collection of Pizza-Related Items (561 items), set last July. This August, he’s taking part of his collection and displaying it at Pizza Brain, the world’s first pizza museum and restaurant. Dwyer and friends are opening Pizza Brain (described as “a pizza shop with a conscience”) in Philadelphia’s Fishtown neighborhood using funds recently gained from a successful Kickstarter fundraising campaign. The Pizza Brain team was recently interviewed for NPR’s All Things Considered (link) and quotes Dwyer as saying, “We want this place to feel like an interactive art installation. It’s going to change. It’s a living breathing thing. Instead of just putting it all in a bunch of cases that are very linear and sterile where you just – you kind of stare at it and say, oh, there’s a thing and walk away. This is like, ooh, what’s this little thing? Whoa. You know? There’s a pizza face.”

via Eater and NPR