Sony Pictures has released the first official trailer for Pixels, an upcoming sci-fi comedy film directed by Chris Columbus from a screenplay written by Tim Herlihy and Timothy Dowling. The live-action and animated movie–which is based on a 2010 short film of the same name created by Patrick Jean–is about a group of old-school arcade champions from the 1980s who defend Earth against a barrage of deadly classic video game characters sent down by aliens.

When aliens misinterpret video-feeds of classic arcade games as a declaration of war against them, they attack the Earth, using the games as models for their various assaults. President Will Cooper has to call on his childhood best friend, ‘80s video game champion Sam Brenner, now a home theater installer, to lead a team of old-school arcaders to defeat the aliens and save the planet. 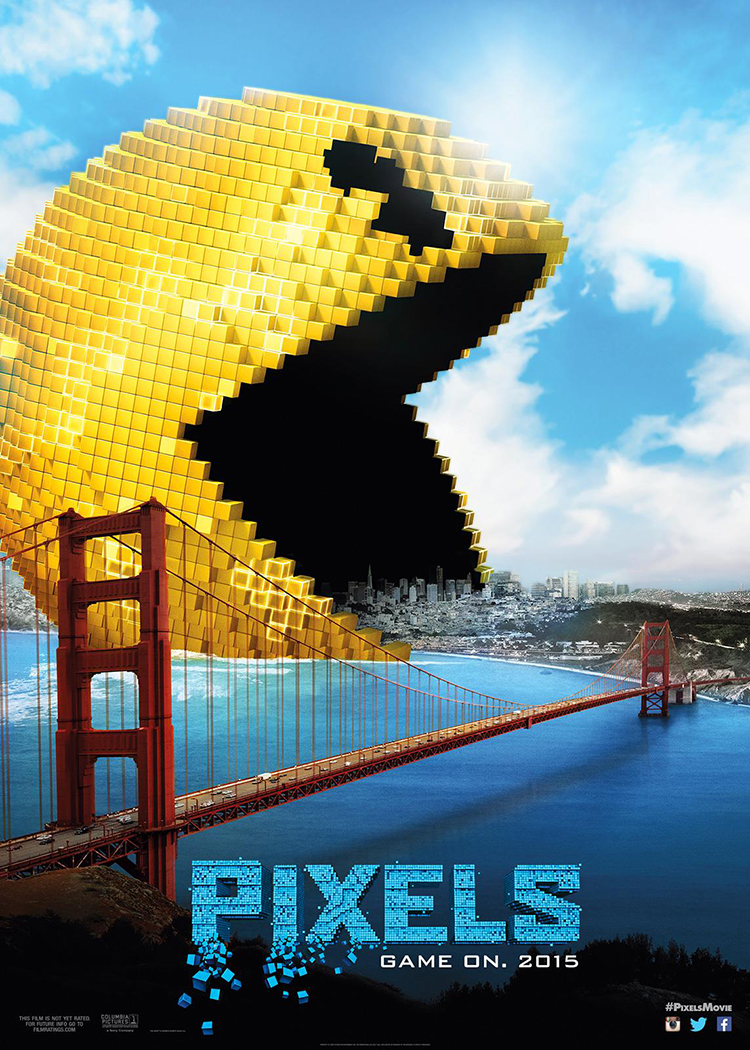 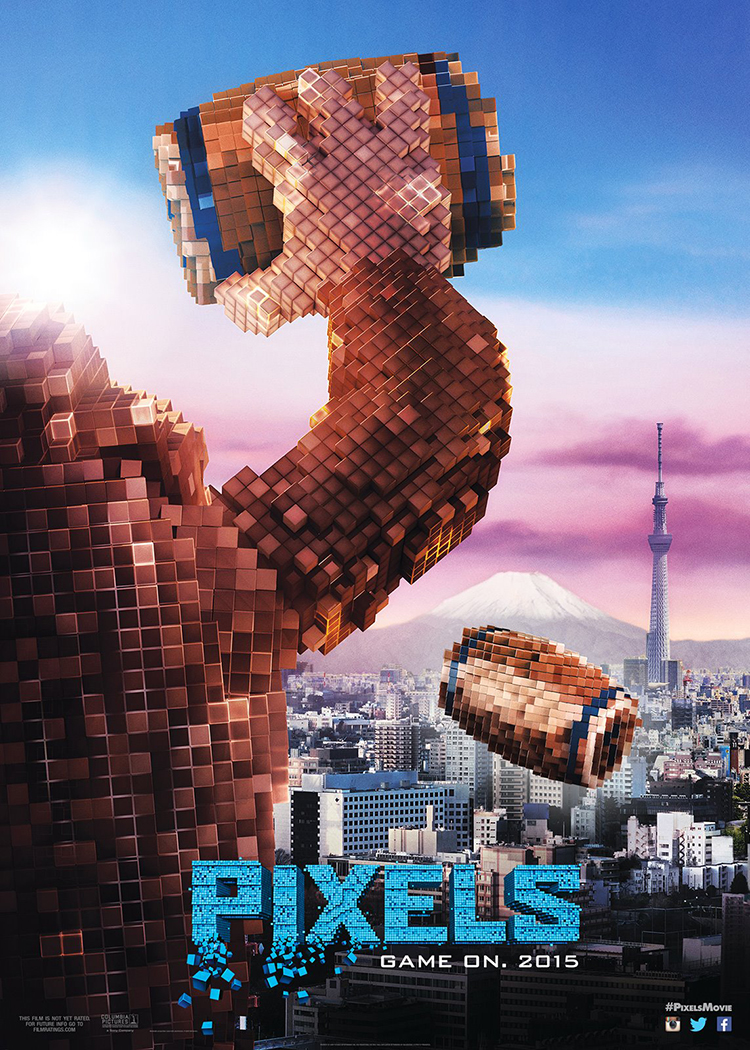 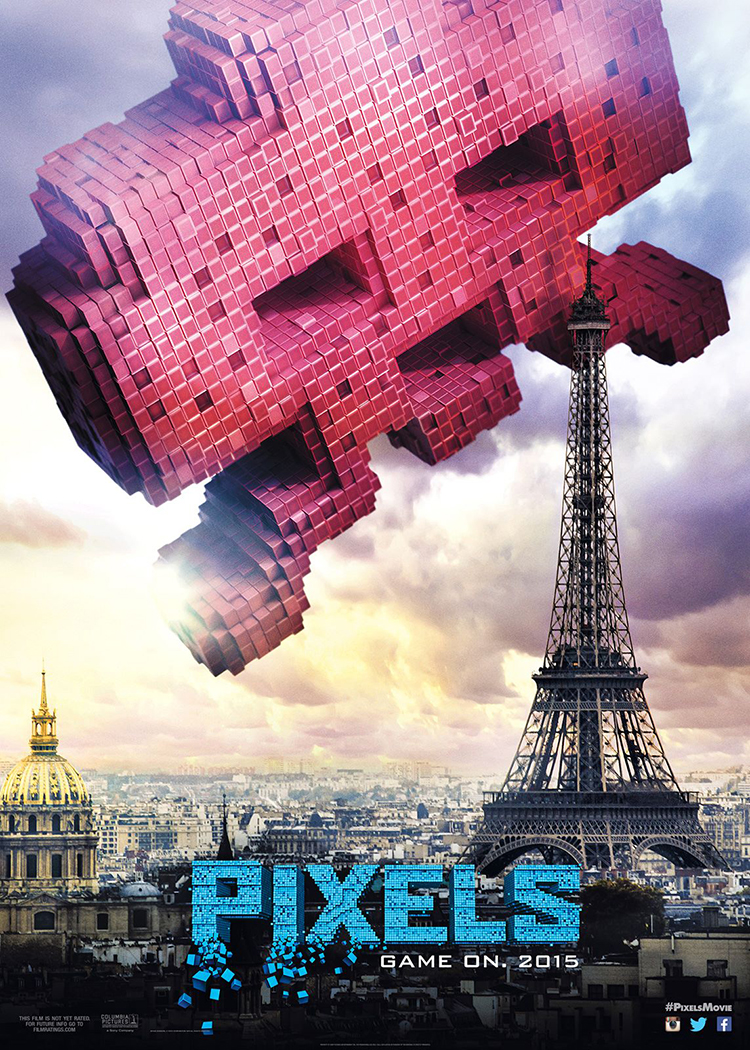 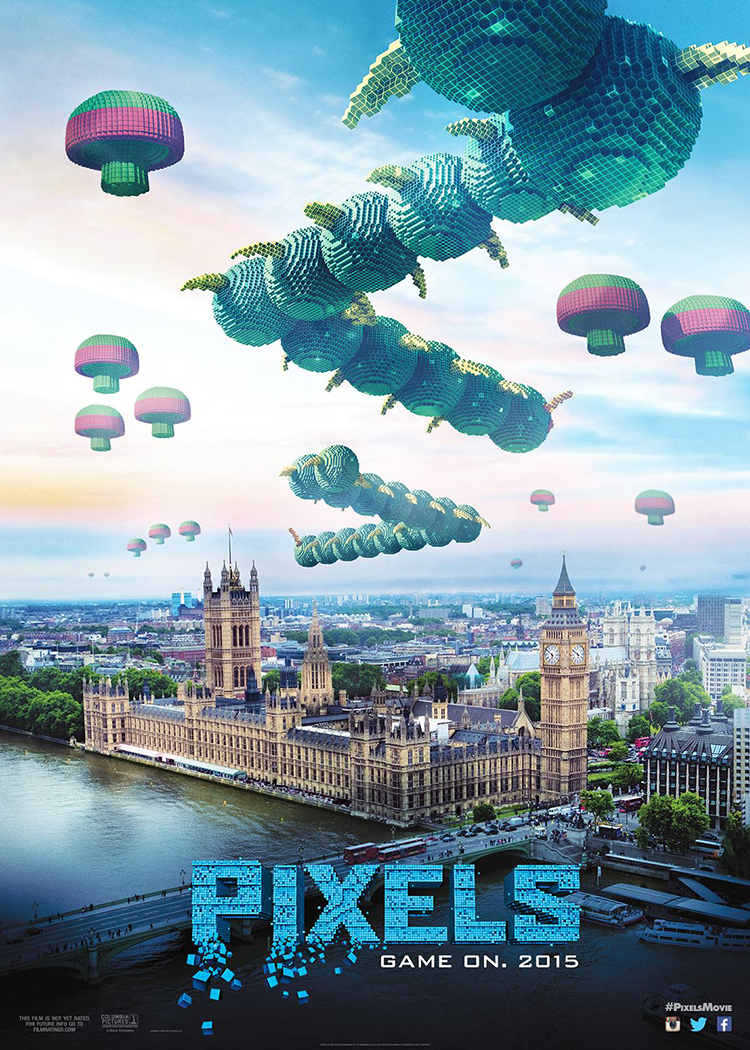 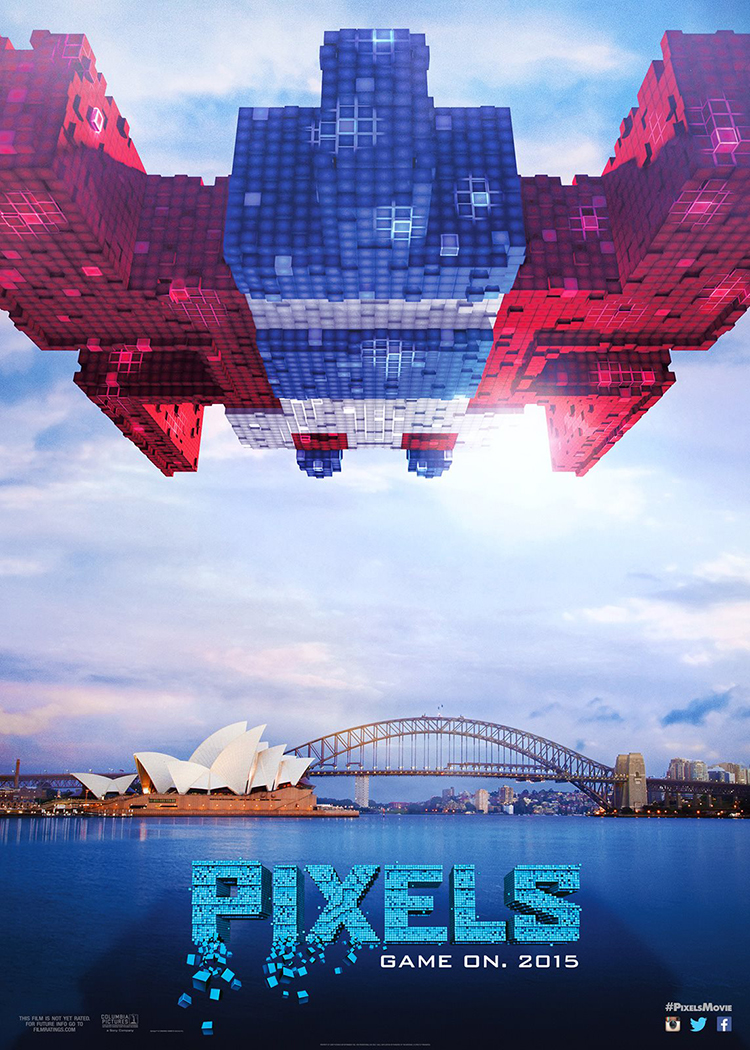