On a new episode of Street Fighter Red Tape, Pete Holmes the bureaucrat sits down with Street Fighter character Guile, played by Joel McHale, to try and figure out what American war that he actually fought in prior to entering the World Warrior tournament. Guile claims to have served in the “Old Navy” military branch with General Mills and won the war with his signature “Flash Kick.”

Guile’s veteran status might be questionable, but no one doubts his patriotism. 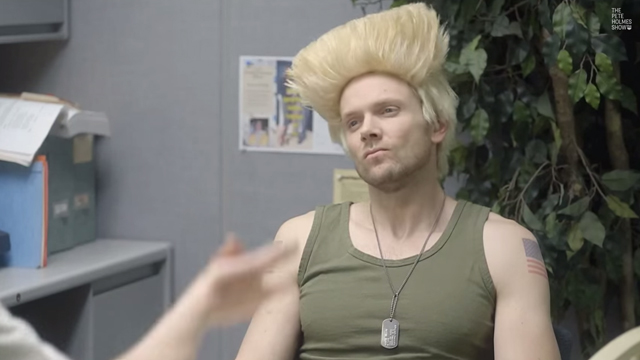