“How about… ‘My hurricane of flesh will pound your ass!’” – Ryu

In the new comedy sketch “Street Fighter Red Tape: Ryu ,” Pete Holmes the bureaucrat sits down with Street Fighter character Ryu, played by Mark-Paul Gosselaar, to decipher some of his confusing fight words. Unfortunately, some of Ryu’s fight words had to be tweaked before his next fight. 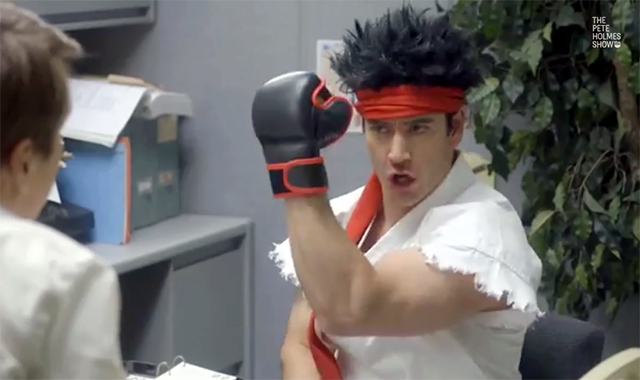 Here is a photo that Mark tweeted of himself as Ryu and comedian Kumail Nanjiani as Dhalsim: 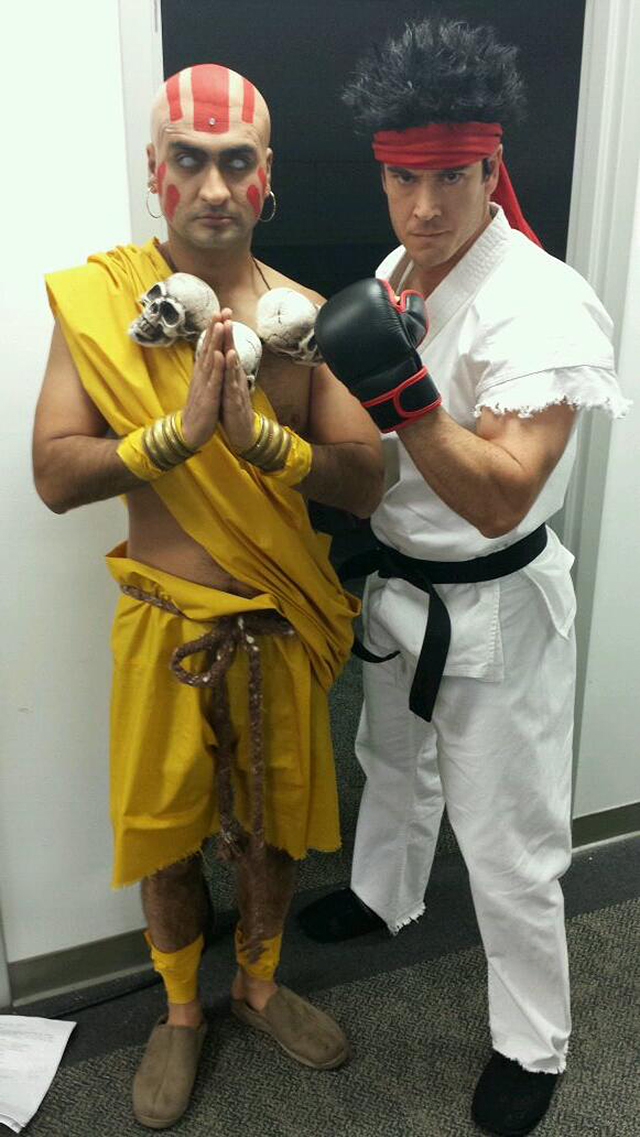