Recently, Brooklyn-based filmmaker Dean Peterson noticed that people were tripping as they were exiting New York City’s Sunset Park 36th Street subway station. Upon inspection, he realized the 10th step was a fraction of an inch taller than the other steps. So, he made a short video about it, showing people tripping on that step set to music. Now, according to Gothamist, the MTA New York City Transit has closed off the stairs and is repairing them immediately. 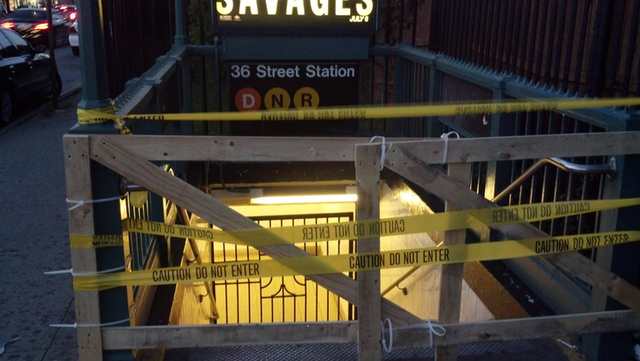 photo by Seth of Beer Nation via Gothamist