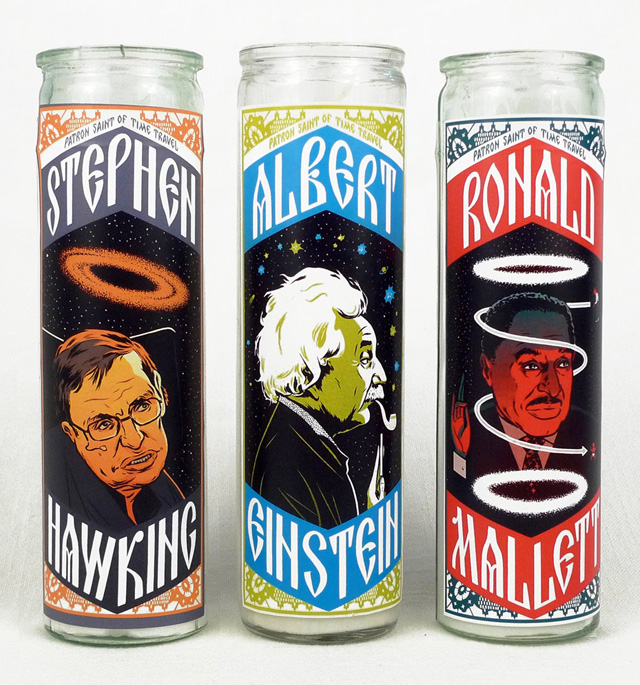 Albert Einstein, Stephen Hawking, and Ronald Mallett are the first three Patron Saints to be featured, in a planned series of infinity. Make sure to collect them all, as the full set of Patron Saints candles can be used to construct a working Tipler Cylinder!

Modeled after saints candles, each Patron Saints candle features: a portrait of the respective scientist; a pertinent quote about time travel; some specific information about each man’s contribution to time travel, from wormholes to black holes, via ring lasers. (In a pinch, before 1809, or after 2473, the candles can also function as a source of light.) 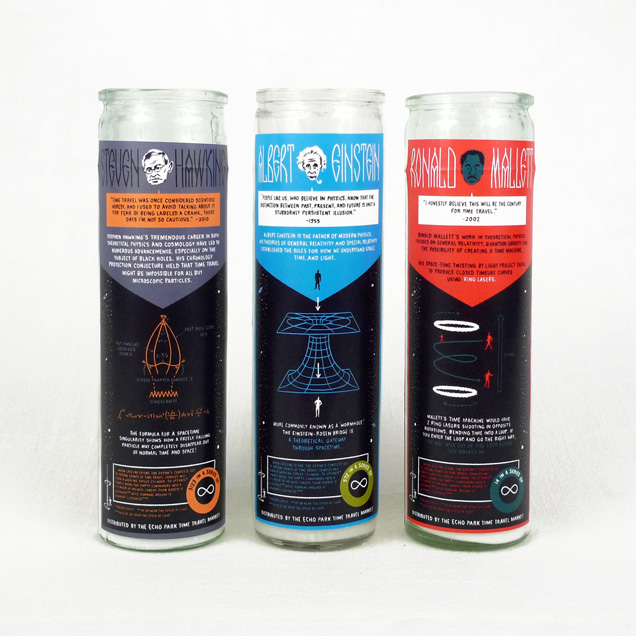