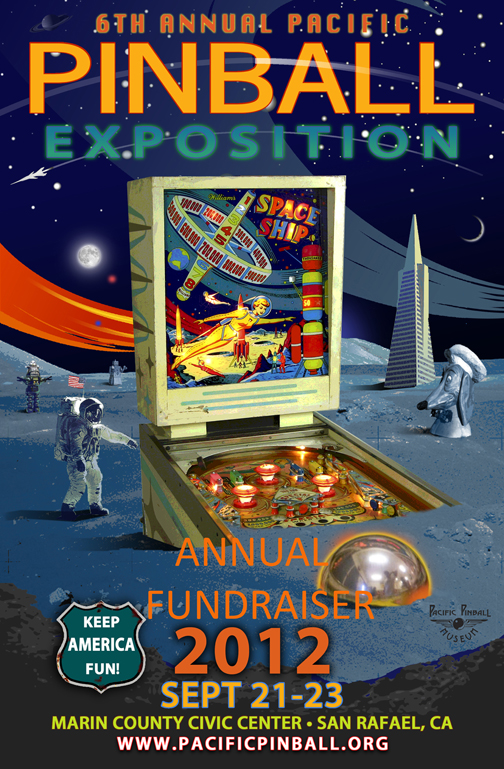 Now in its 6th year, the 2012 Pacific Pinball Exposition, the annual fundraiser for The Pacific Pinball Museum of Alameda, California, takes place September 21, 22 & 23, 2012 at the Marin County Civic Center Exhibition Hall, San Rafael, California. The event is described as the ‘world’s largest pinball celebration’ and will feature over 400 pinball machines, seminars, tournaments, contests, raffles, and more. Tickets are only available at the door.

We will have a huge variety of Pinball and other games spanning the last 80 years from our museum’s collection as well as historic displays, unique artwork and science exhibits from other pinball collectors and enthusiasts. All machines will be set to free play so you can step back in time and play a game on a historic “woodrail” from the 1950’s or try to beat the high score on one of the many newer games produced in the last decade. Our show is family friendly and will delight all kids from 3 to 103. 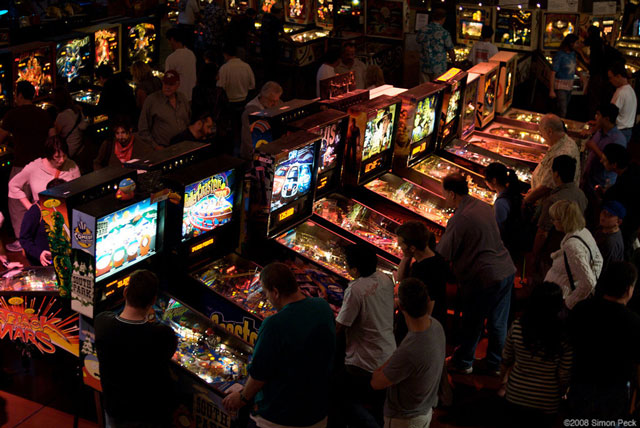