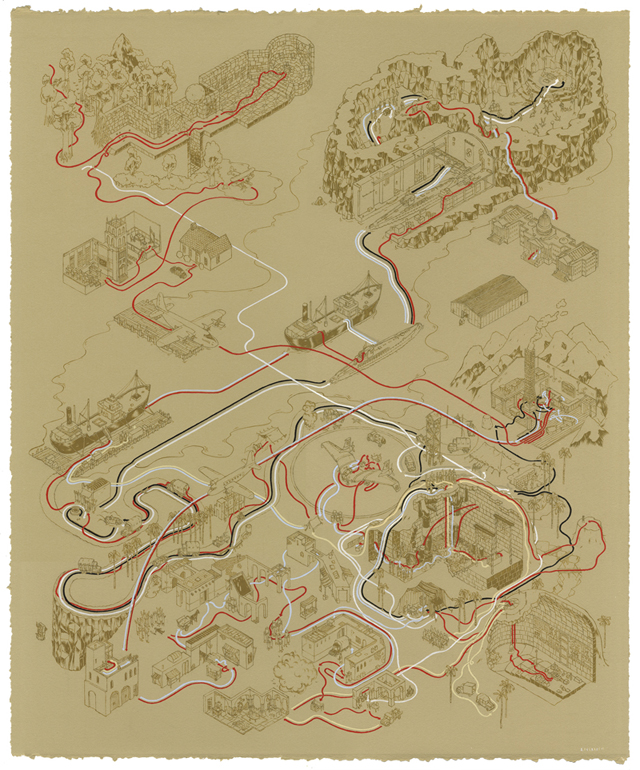 Each character is represented as a colored line, and follows their progress through the entire film. The alternating colored lines represent characters traveling together who have a special bond, sometimes for only a short time. 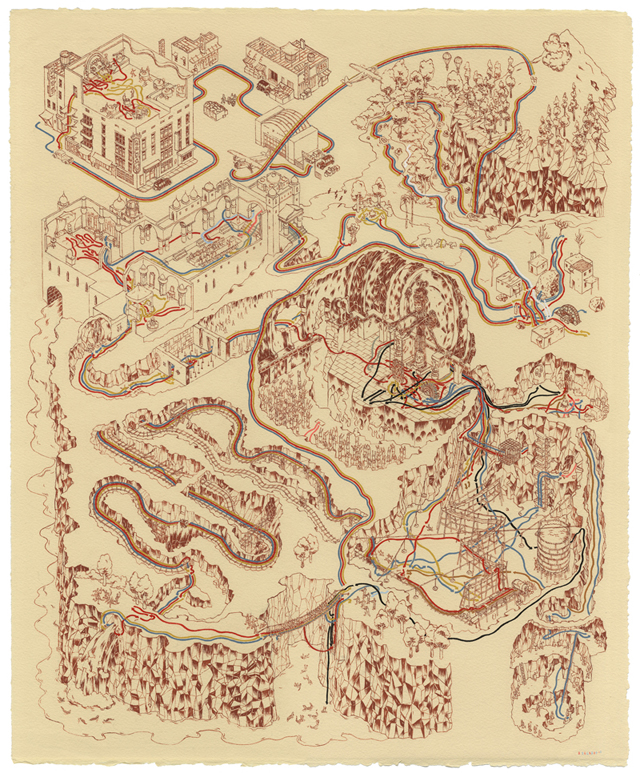 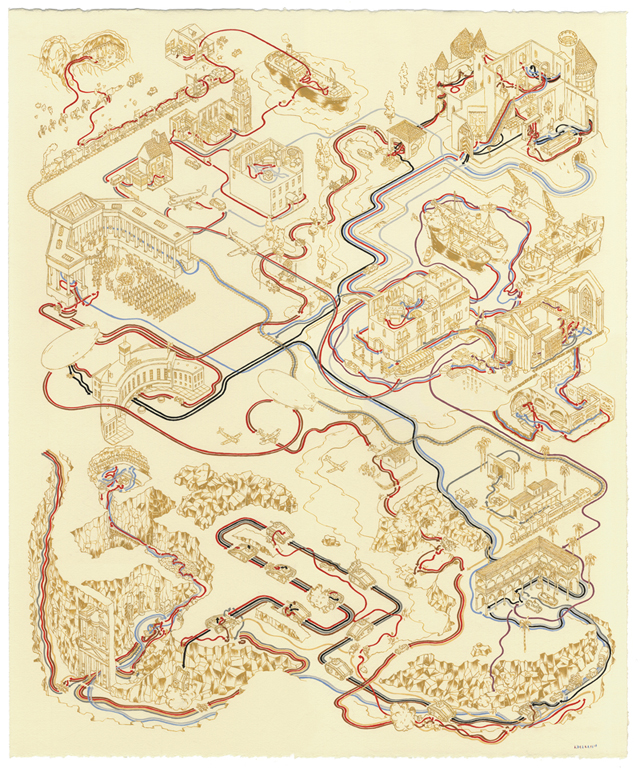