OcuplusGlass is a concept by developer Sander Veenhof in cooperation with interaction designer Klasien van de Zandschulp that uses Google Glass to provide guided tours for the Oculus Rift virtual reality headset. One user wears the Oculus Rift, which receives a feed of various videos that are coordinated with the physical location, and the guide uses Google Glass to accurately walk the other person through the specific areas with accuracy and added commentary. OcuplusGlass is scheduled to be demonstrated at Popup Week Amsterdam the weekend of September 20th and 21st.

A mash-up solving a lot of the disadvantages of each of the devices. If you’re ignoring the world around you and experiencing Oculus content in isolation, at your couch at home, you’re missing something. Finding the world of Glass not that immersive? The OcuplusGlass tours lets both devices do what they can do best, and it adds an element that seems to be absent more and more in the increasingly digital society of today: the human touch. Being guided by a human goes beyond any audiovisual technological feature thinkable. 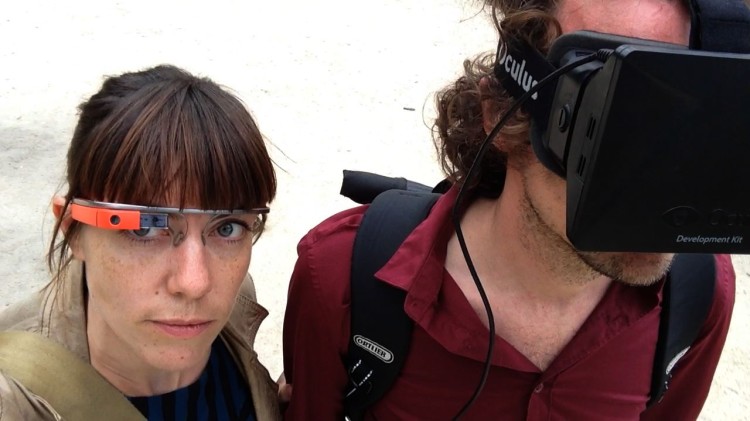