Notes on a Case of Melancholia, Or: A Little Death is a forthcoming picture book by Perry Bible Fellowship cartoonist Nicholas Gurewitch in which a depressed Grim Reaper undergoes analysis from a Jungian psychoanalyst after discovering that his young son doesn’t want to carry on the family tradition. The Edward Gorey-inspired book is currently seeking funding on Kickstarter.

This book is not directed toward a specific demographic. Like certain works by Maurice Sendak and Shel Silverstein, it just is what it is. This will make marketing the [graphic novel/children’s story/picture book] difficult. Fortunately, you’re a potential Kickstarter patron, and we don’t have to deal with any of that stuff. 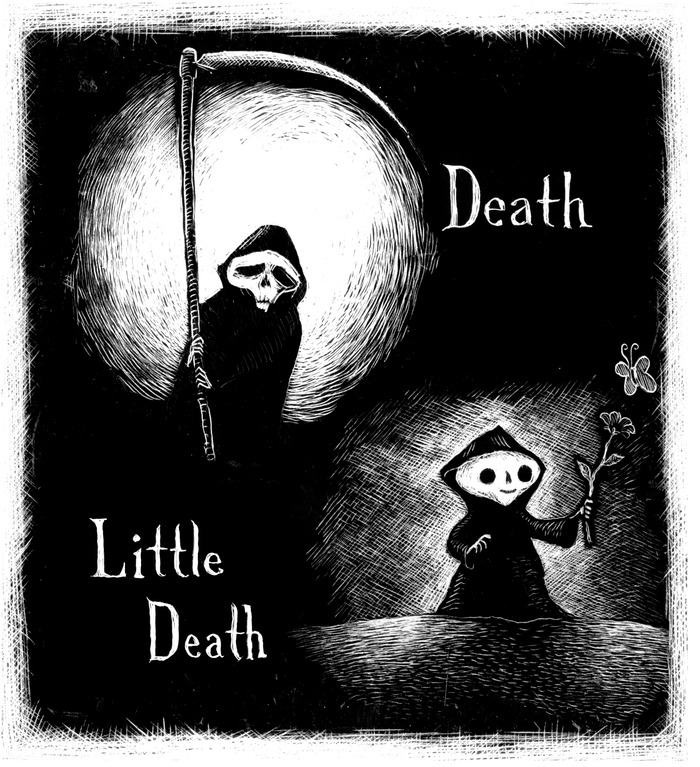 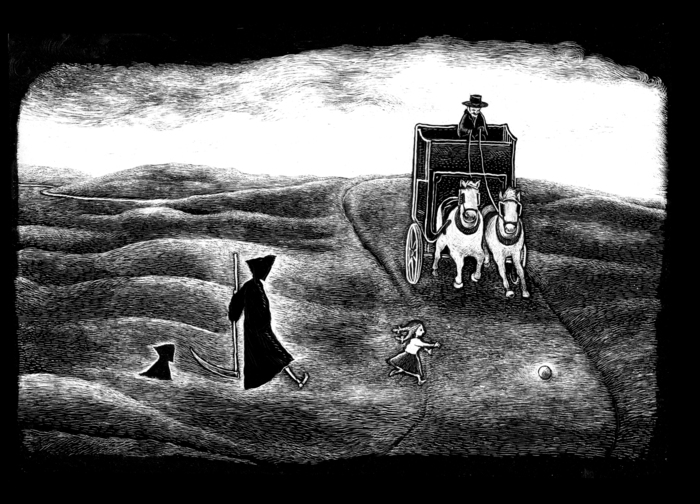 images via Notes on a Case of Melancholia, Or: A Little Death