Quirk Books presents the awesome trailer for the new book Night of the Living Trekkies by Kevin Anderson and Sam Stall, about a zombie outbreak that takes place during a Star Trek convention.

Journey to the Final Frontier of Sci-Fi Zombie Horror!

Jim Pike was the world’s biggest Star Trek fan—until two tours of duty in Afghanistan destroyed his faith in the human race. Now he sleepwalks through life as the assistant manager of a small hotel in downtown Houston.

But when hundreds of Trekkies arrive in his lobby for a science-fiction convention, Jim finds himself surrounded by costumed Klingons, Vulcans, and Ferengi—plus a strange virus that transforms its carriers into savage, flesh-eating zombies!

As bloody corpses stumble to life and the planet teeters on the brink of total apocalypse, Jim must deliver a ragtag crew of fanboys and fangirls to safety. Dressed in homemade uniforms and armed with prop phasers, their prime directive is to survive. But how long can they last in the ultimate no-win scenario? 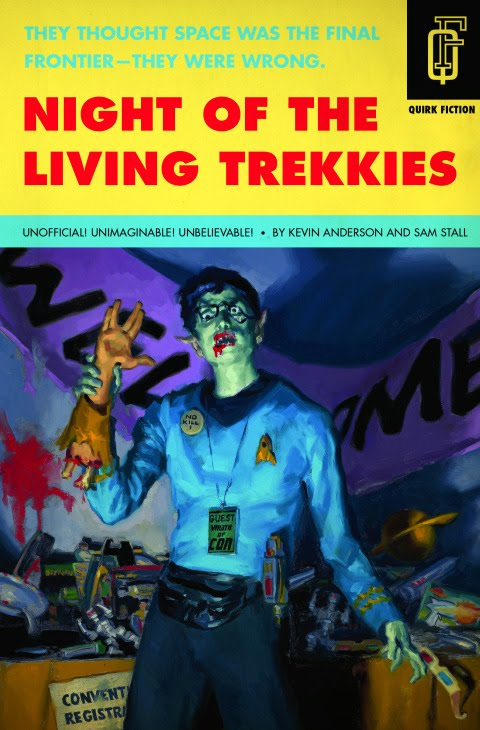