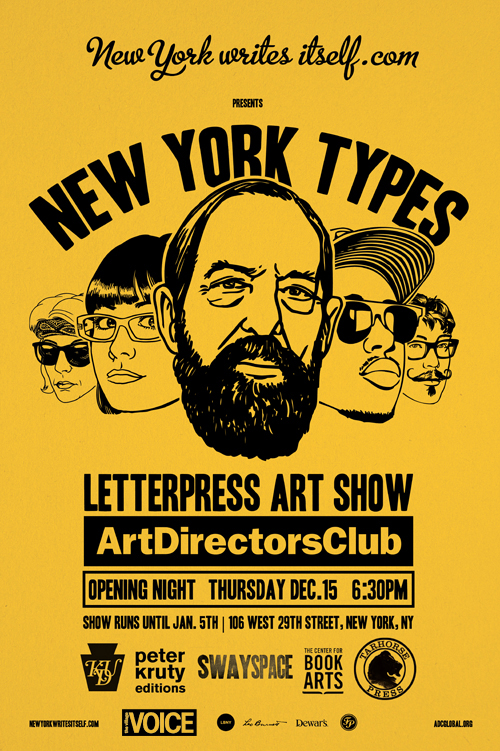 New York Writes Itself is an ongoing series “of creative productions fueled by the people of New York” from ad agency Leo Burnett New York. Their latest project is New York Types, a letterpress art exhibition which brings to life “words heard on the streets of New York”.

NEW YORK TYPES is an exhibition that showcases the words of New Yorkers. The city’s leading letterpress artists are collaborating to create this one of a kind collection of real sentences and conversations from the New York streets, re-created letter by letter. They’re the verbal gems from New York that would have otherwise vanished. Because when it comes New York, you can’t make this shit up.

Each artist or group has picked a script to interpret in his or her style. Artists and groups include Swayspace, Center for the Book Arts, The KDU, Peter Kruty Editions and Tarhorse Press. 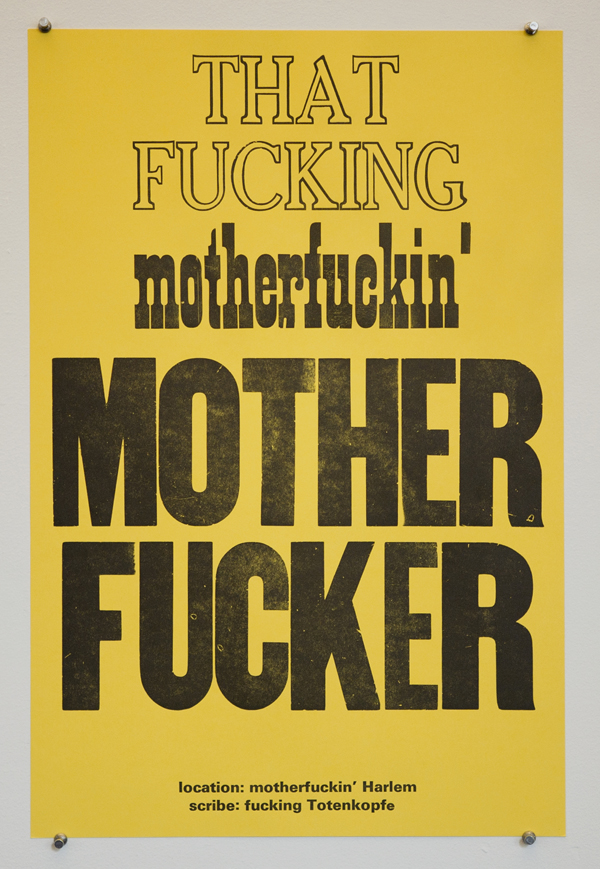 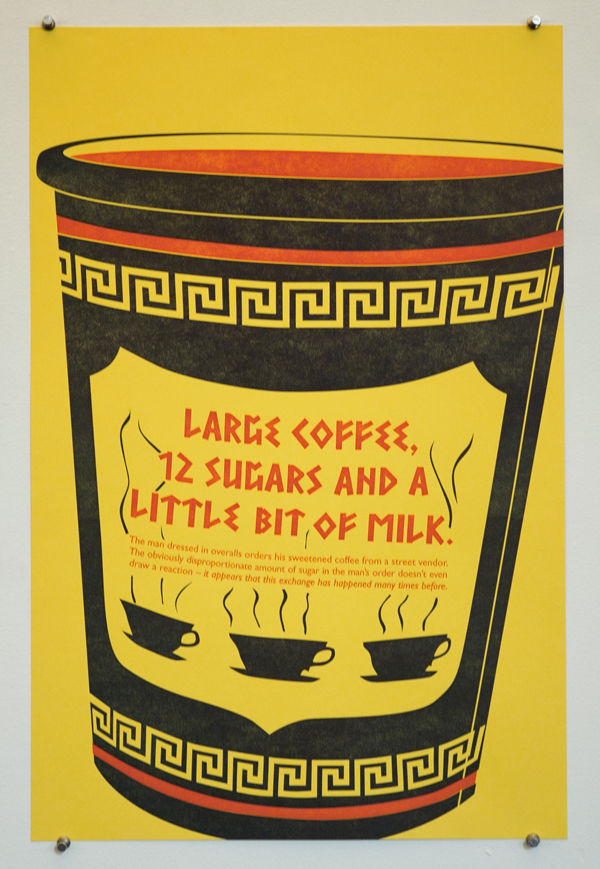