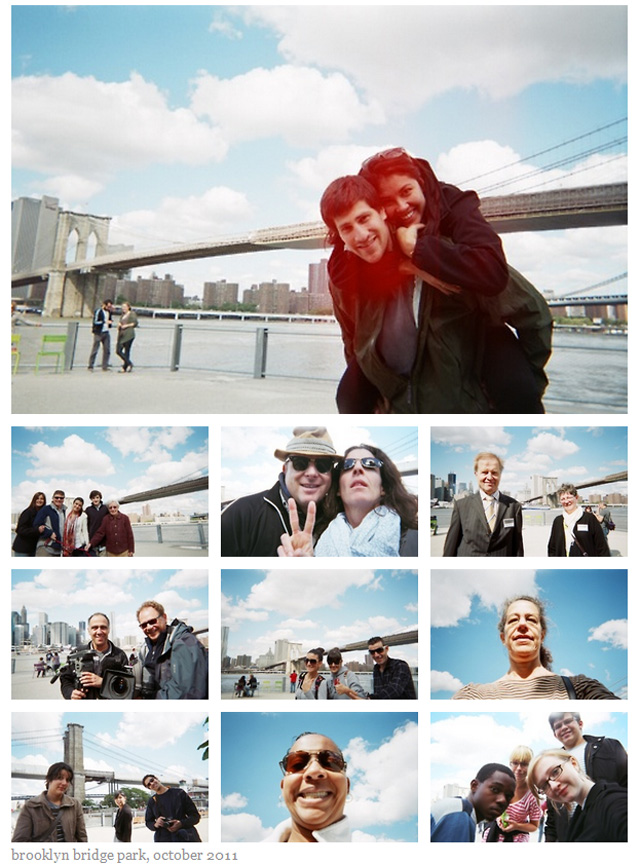 Brooklyn-based Katie O’Beirne leaves disposable cameras attached to park benches with hemp twine and a note in New York City parks and waits for folks to take the bait. They do and she publishes their photos on New York Shots. She launched a fundraising campaign on Kickstarter to allow her to expand her project in many ways, including an art show.

So far, the results are incredible. What I’ve noticed about the subjects in the photos is that they look HAPPY, interested, and excited to participate. This is so rewarding to me. 27 shots-worth, of complete strangers all sharing a common theme on film: They’re ENJOYING THEMSELVES!