“New York City: An Animated Sketchbook” is an upcoming animated short film that chronicles a day in the life of New York City. The film is by animator Willy Hartland, who previously worked on the MTV shows Beavis and Butt-head and Daria. Hartland describes the film as an “animated documentary” and it is based on Hartland’s sketches of urban life in the city. He is raising funds on Kickstarter to complete the project. 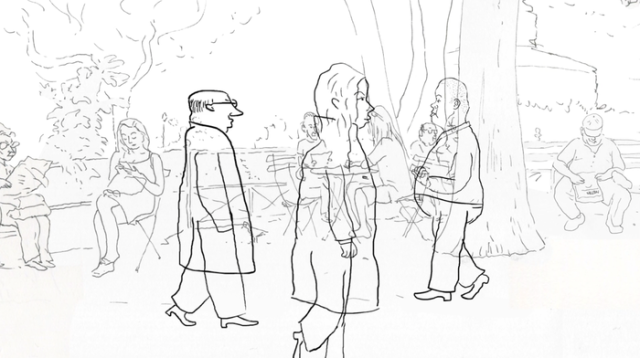