A new teaser for the 2014 Doctor Who Christmas special features Nick Frost (Shaun of the Dead) playing Santa Claus as the Doctor heads to the North Pole. The special will air Christmas Day, December 25th, 2014. The BBC has also released the first still image from the episode featuring Frost’s Claus alongside Peter Capaldi as the Doctor. 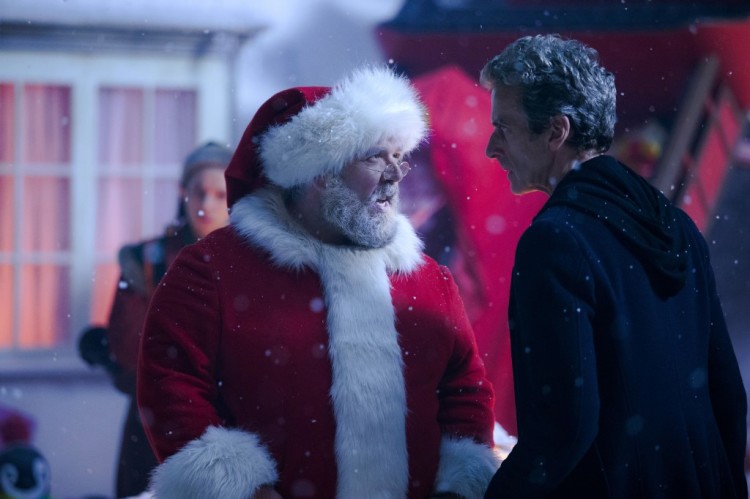 “It’s Christmas, the North Pole. Who you gonna call?”