Universal Studios UK has released a new international trailer for the upcoming Jeff Wadlow directed action comedy movie, Kick-Ass 2. It focuses on the young female assassin named Mindy Macready (aka “Hit-Girl”), played by actress Chloë Grace Moretz, and her trials with High School. Kick-Ass 2 is set to crash into theaters on August 16, 2013.

Kick-Ass, Hit Girl And Red Mist Return For The Follow-Up To 2010’S Irreverent Global Hit: ‘Kick-Ass’. After Kick-Ass’ (Aaron Taylor-Johnson) insane bravery inspires a new wave of self-made masked crusaders, led by the badass Colonel Stars and Stripes (Jim Carrey), our hero joins them on patrol. When these superheroes are hunted down by Red Mist (Christopher Mintz-Plasse) — reborn as The Mother F%&*^r — only the blade-wielding Hit Girl (Chloë Grace Moretz) can prevent their annihilation. 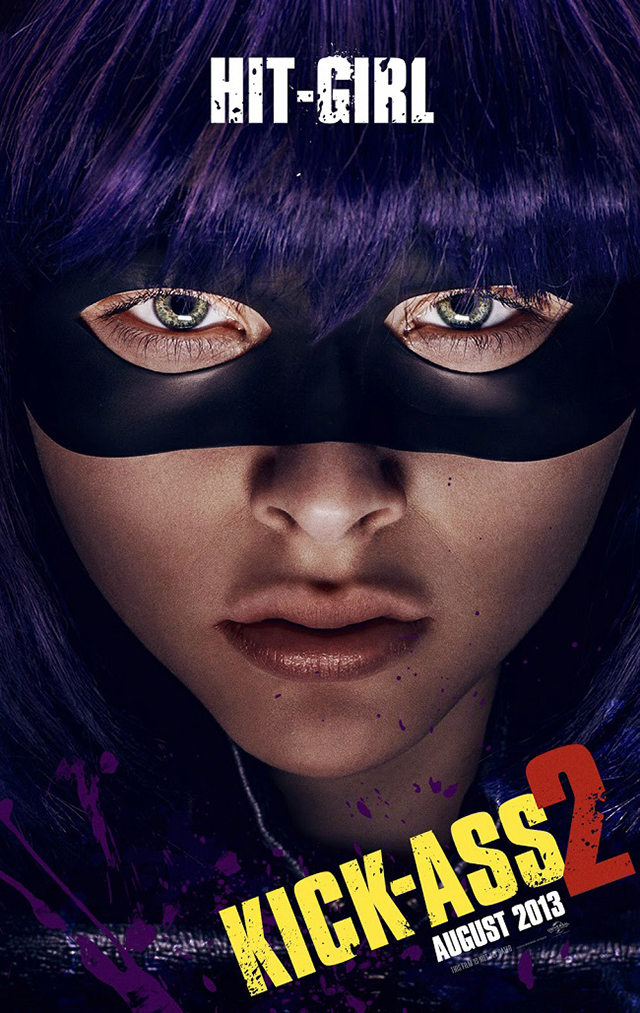