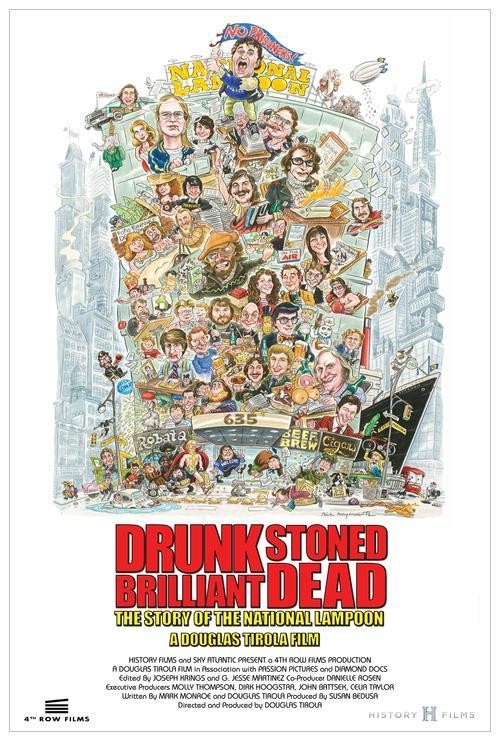 Drunk Stoned Brilliant Dead is a new documentary by Douglas Tirola about the history of the humor magazine National Lampoon. The magazine was founded in 1970 by Doug Kenney, Henry Beard, and Robert Hoffman, three Harvard graduates who worked at that school’s humor magazine, the Harvard Lampoon.

The documentary features discussion about the magazine’s content and history, and interviews with many of the people who worked or were influenced by National Lampoon like Chevy Chase, Judd Apatow, and John Goodman. The poster for the film was illustrated by Rick Meyerowitz as a reference to his iconic drawing for the poster of National Lampoon’s Animal House.

For comparison, here is the original poster. 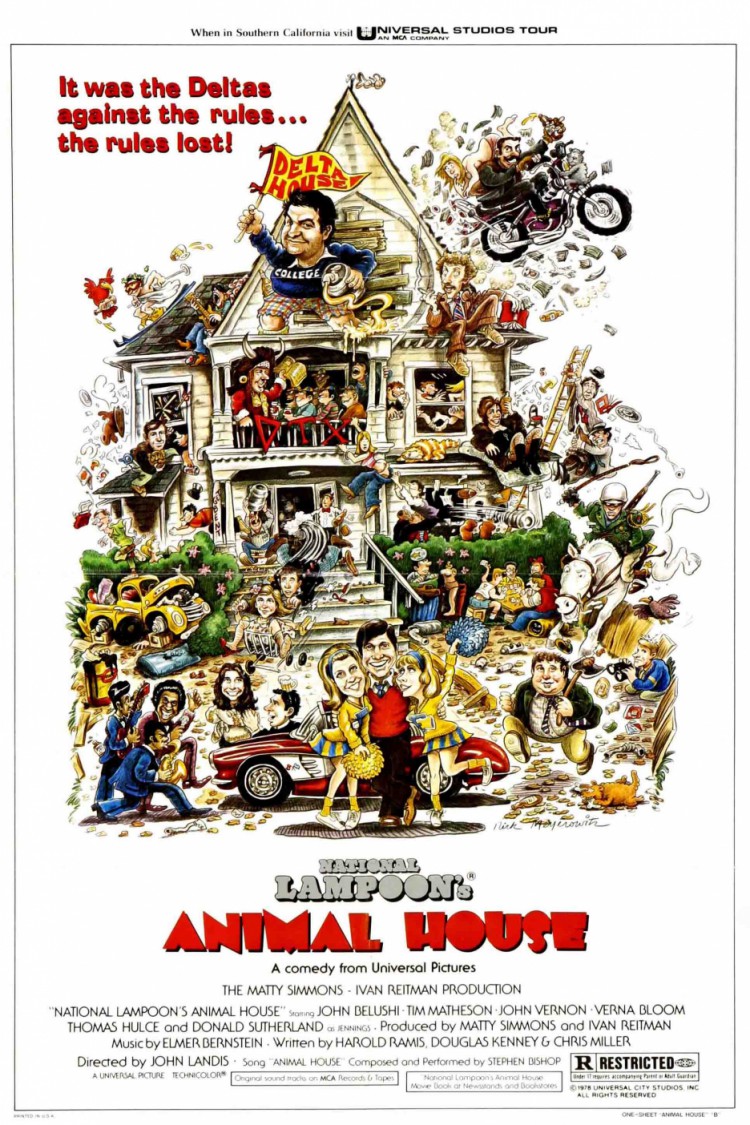