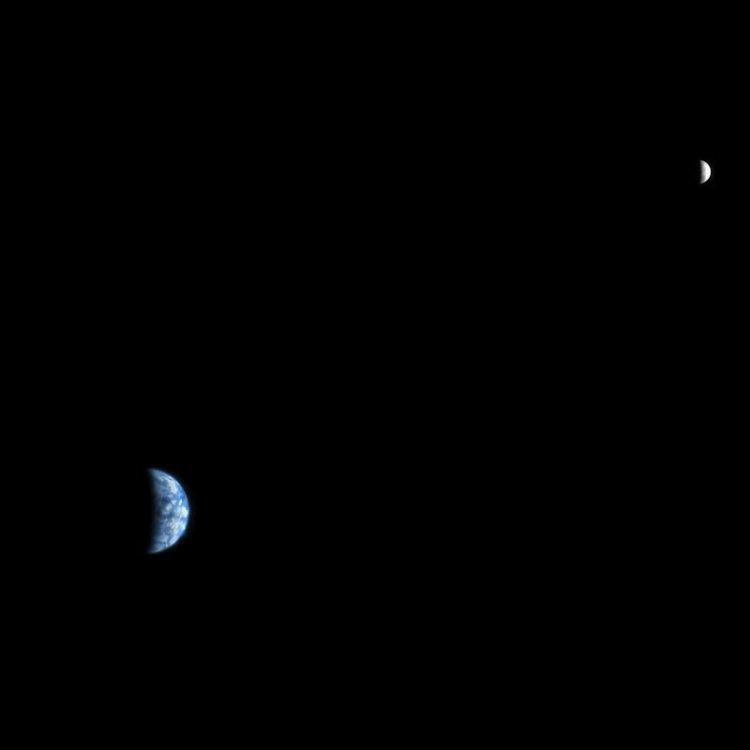 NASA’s Mars Reconnaissance Orbiter captured a striking image of Earth and the Moon from the perspective of the red planet using its onboard High Resolution Imaging Science Experiment (HiRISE) camera.

On October 3, 2007 when the image was taken, Earth and Mars were 88 million miles apart, meaning that each pixel of the image covers 88 miles of the Earth.

photo via NASA/JPL-Caltech/University of Arizona