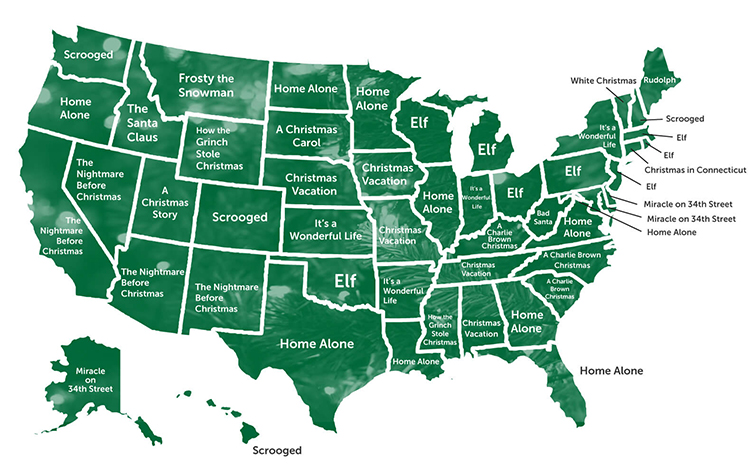 CableTV.com created a map that features the most popular holiday movie in each US state.

As you can see, there are some titles that come up consistently across large parts of the United States. Elf (2003), the story of Buddy and his quest to find his father, dwarfs the competition. Many households are also tuning into Home Alone (1990), finding cheer in this charming holiday comedy about a boy accidentally left behind on Christmas. But beyond the widely popular titles, there’s a story in our states’ seasonal favorites that says something about our regional differences. Let’s take a look at our fa-la-la fodder to see how it might help us better understand our neighbors and promote peace on earth, goodwill toward all. (read more)